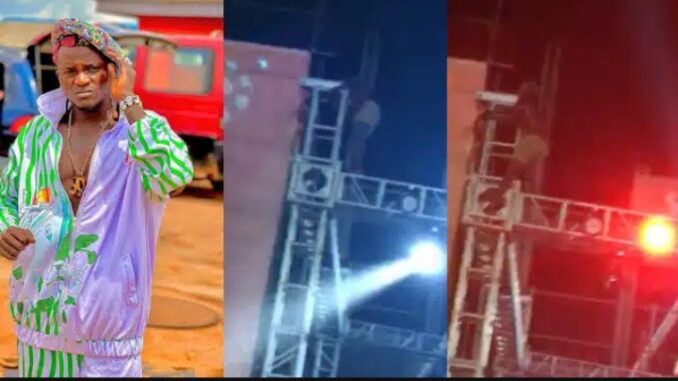 A Twitter influencer, Dr Penking who doubles as a medical doctor, in a tweet on the microbogging platform, shared a video of Portable climbing a cliff while he was dancing crazily.

In the video Portable’s hit music, “Zazuu”, was playing loudly in the background, his crew were dancing and hailing the singer, as he climbed up the platform to dance.

Dr Penking attributed the show performance to drugs as a result of Portable’s history of uneven actions, violent lifestyle and outbursts on social media.

“Portable is a good example why you shouldn’t do drugs”.

Portable is a good example why you shouldn’t do drugs pic.twitter.com/rpYYNrtwwp