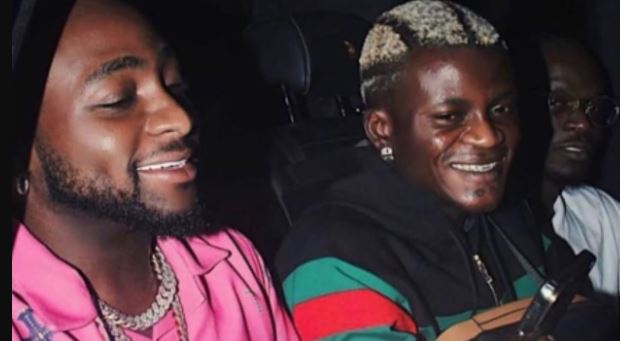 They clashed last month, and you may recall that it was because they backed opposing candidates in the Osun gubernatorial race.

Davido supported Ademola Adeleke, his uncle, who stood on the Peoples Democratic Party ticket and ultimately won, whereas Portable supported Gboyega Oyetola, a candidate for the incumbent party, the All Progressives Congress (APC).

After Davido stopped following Portable on social media over political issues, Portable responded with a dig at the Zazuu singer.
The rap artist took to Instagram to blast OBO for abandoning him while he was attempting to secure his own career.

The artist, who is frequently in the news for the wrong reasons, claims that he did not have the good fortune to come from a wealthy family like the DMW chief and so had to work very hard to make money.

“I am running and hustling in this manner and it is simply because of money. And also to avert the suffering my family had to endure, which doesn’t become my portion. Once again, my father is not a rich man. I come from the trenches but managed to bring my family into wealth. So support who support you. They wasted no time in unfollowing us”.