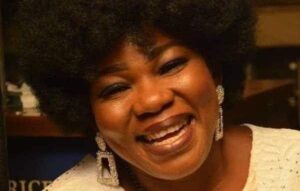 The actress, known for her role as Emu in Africa Magic family drama, The Johnsons, died on Sunday night.

It was gathered that Ada Ameh who had lost her only child in 2020 died in Warri, Delta State around 11 pm on Sunday, a source who pleaded anonymity said on Monday morning

The President of the Actors Guild of Nigeria, Emeka Rollas, also confirmed the news via telephone on Monday morning.

Her worried fans have stormed her comment section to express their shock and pains over the ugly news.