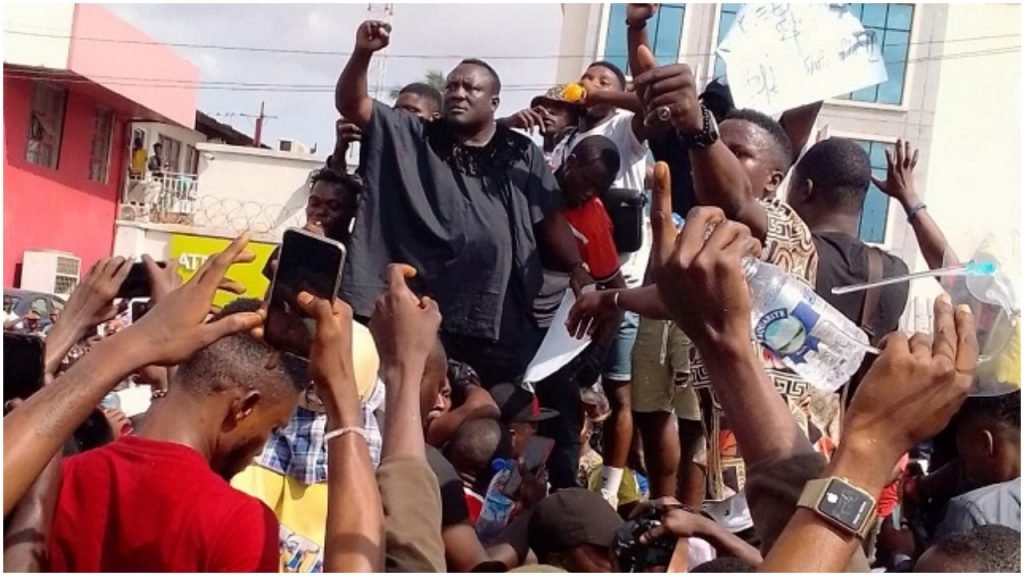 Mr. Saheed Okunola, the Ibadan-born Fuji musician who is more popularly known as Saheed Osupa has joined the #EndSARS protest.

The singer has declared his support for the ongoing call for the total eradication of Special Anti-Robbery Squad (SARS).

According to Daily Post, Osupa left his Lagos residence to join the protesters in Ibadan, the Oyo State capital on Friday.

It was gathered that Osupa was among the teeming youths that locked down Challenge area of Ibadan on Friday as the widespread protest against police brutality by Nigerian youths continues.

The Fuji musician while speaking insisted that the protest was a sign that the country’s massive young population is now finding its voice.

He added that this is the reason the youths were demanding reforms in the country.

He said, “I am happy joining other youths, we are protesting for them to put an end to police brutality, it’s way beyond just ending SARS.

“Even after they have announced it, there are several other things we are talking about”.

Some of the protesting youths stand atop vehicles.

They shouted slogans while others carried banners.

Other protesters blocked the roads leading to Lagos from Challenge

Ring Road, a development that led to a heavy gridlock several hours on Friday.

Some of the protesters lamented how they had suffered unjust arrests from the SARS and had to cough out huge sums before they could be released from their custody.