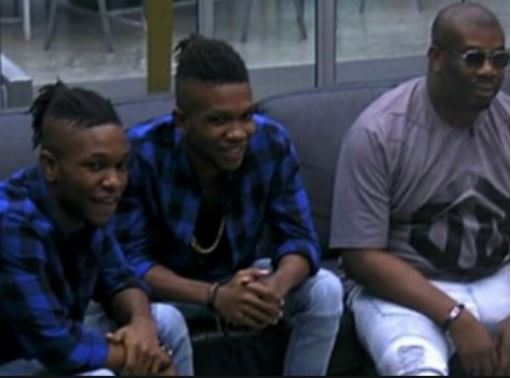 The DNA twins and Don Jazzy
Viral reports making rounds on social media allege that music duo, DNA twins signed on to the Don Jazzy-led Mavin Records have been arrested by police in Lagos after a tip off that the singers had huge amount of cash on them.
According to reports, the police had to chase the singers vehicle before eventually catching up with them in Lekki.
The policemen seized their car, handcuffed them and took them away. Mavin management is yet to make an official statement on the trending topic.
See the arrest video below:

Shocking Video Shows Comedian, Mr. Macaroni, Others Being Dehumanised After Arrest By Police