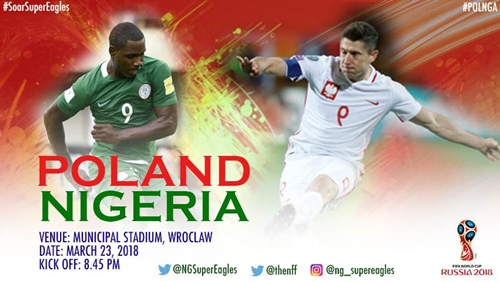 While speaking in an interview with TheCable, Katsina United head coach, Abdullahi Biffo, opened up on the imminent absence of John Obi Mikel and Junior Ajayi in Nigeria’s friendly game against Poland, saying that it is good for the Super Eagles.
Daniel Akpeyi and Oghenekaro Etebo are two other players who will be unable to make the match.
Biffo, who spoke in the chat, said the players’ absence will give other players the chance to stake a claim for shirts.
The head coach said Gernot Rohr, Super Eagles gaffer, could use the situation as an opportunity to test other players ahead of the FIFA World Cup.
He said: “In my own opinion, their absence is good for the team and the coach because it would afford him an opportunity to test other players.
“The coach has already seen them and know what they are capable of. As such their absence should be positively exploited. These guys are professionals and understand what it takes to play at this level.
“With the presence of Victor Moses, Leon Balogun, William Troost-Ekong, Joel Obi, Wilfred Ndidi, Kelechi Iheanacho, Ogenyi Onazi, Moses Simon and Odion Ighalo the team should give a good account of themselves.”
The game between Poland and Nigeria will get underway by 8:45pm on Friday.
--Advertisements--