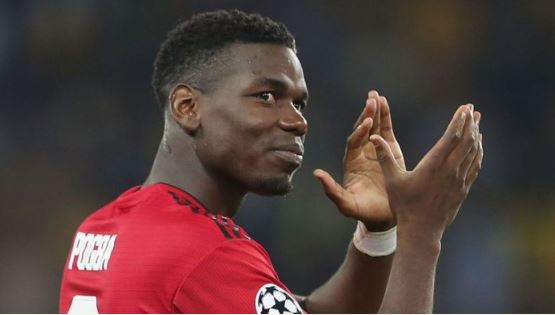 Paul Pogba
Paul Pogba will demand a huge wage of €16million (£13.65m) a year, if Real Madrid or Juventus try to sign him from Manchester United in the summer, Tuttosport reports.
The France midfielder’s agent, Mino Raiola, has set his huge wage demands amid transfer rumours surrounding the player.
Pogba is one of several names who has been heavily linked with joining Real Madrid, when they launch a summer rebuild under returning boss Zinedine Zidane.
The United midfielder fuelled those rumours by admitting “Real Madrid is a dream for anyone”, during a press conference last week whilst on international duty.
But it is understood Raiola will insist on Pogba becoming the highest paid player at the Bernabeu, on a higher wage than Gareth Bale and Sergio Ramos, the current top earners on €14m and €11m per year respectively.
Pogba is understood to be on €10m (£8.5m) per year at Manchester United.