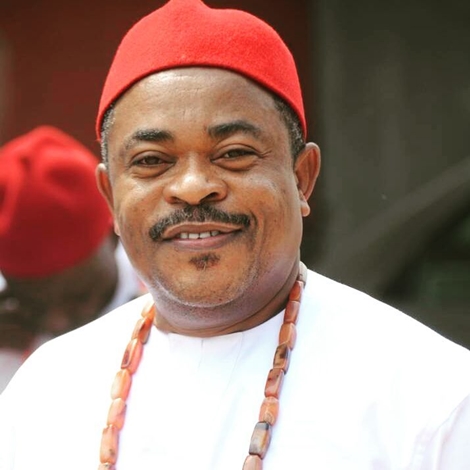 Victor Osuagwu
While speaking at the African Farmers and Cultural Organisation event, tagged "Job Creation/Empowerment for the Unemployed" held at Zion Event Hall in Isolo, Lagos, Popular Nollywood comic actor, Victor Osuagwu, revealed that he intends to go into farming after acting.
According to PREMIUM Times, he said: “I am preparing myself for retirement because a time will come when we(actors) will all go back to our various hometowns to go and relax, eat fresh foods away from the hustle and bustle of the urban city. I’m presently the President General of my Community. And I’m also a farmer.”
The veteran Nollywood actor also revealed his retirement plans, stating that he intends to relocate to his hometown so as to fully concentrate on farming.
“I’m planning to expand my farming enterprise because I want to begin exporting my produce outside Nigeria. What I do now is that I give it out to people. I don’t buy bags of rice for people because I produce rice in my farm. That is the reason why I attended this event and I have learned a lot from this programme.”
The actor further implored Nigerians to embrace agriculture. “If you travel to Europe, you will realise that a lot of people are into farming and that is why they don’t lack food. They have varieties of farm produce to eat but the case here in Nigeria is different.
”Everybody wants to work in a bank or an oil company and the other areas are being neglected. So, I give kudos to AFCO empowerment initiative which has partnered with the federal government to improve agricultural production in Nigeria.”
The actor also advised the federal government to invest and expand the agricultural sector so as to make the sector more attractive to the youth.
--Advertisements--