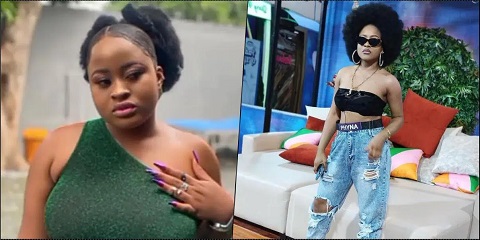 Ex-housemate of BBNaija season 7 show, Amaka has made a startling revelation.

According to the reality star, Phyna planned with her to leak her undersheet affairs with Groovy to Chichi.

The revelation comes at a time the controversial issue of a leaked oral copulation between Phyna and Groovy almost tore Biggie’s house apart.

In a recent interview, Amaka opened up that it was indeed a ‘mission’ orchestrated by Phyna to leak the undersheet activity to Chichi.

According to Amaka, it was a big betrayal slap on her face when Phyna denied it publicly leaving her to take the fall alone.