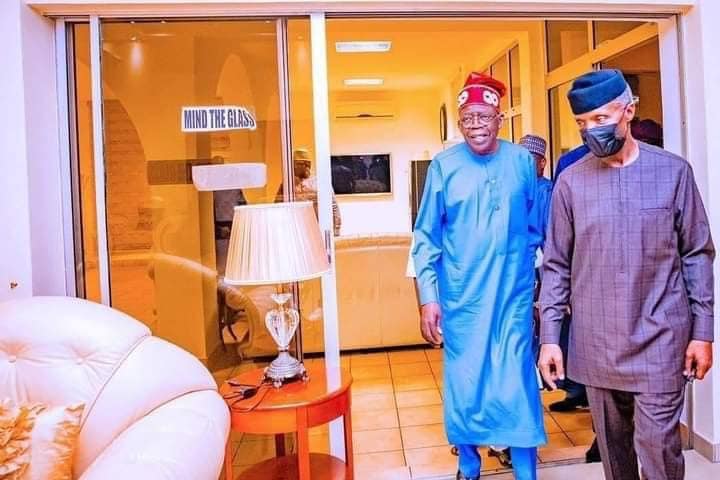 Recall that Tinubu emerged as the APC Presidential candidate some days ago.

He visited Osinbajo on Thursday night in Abuja.

Tinubu, who had earlier visited President Muhammadu Buhari stopped by to visit Osinbajo, one of his opponents at the APC Presidential primary election.

Laolu Akande, Senior Special Assistant on Media and Publicity to Osinbajo said they got a call that Tinubu would be visiting.

He said Tinubu came in company of the Lagos State Governor, Babajide Sanwo-Olu and that the Vice President received the surprise with some of his associates.

Akande wrote: “We got a call: Asiwaju Tinubu who was visiting President at his Presidential Villa residence this evening will be making an unscheduled stop at VP’s residence also.

“Lagos Gov accompanied him & VP received the surprise with some of his associates whom he was meeting with earlier.

“the meeting was one of pleasantries and very convivial. The meeting lasted about 30 minutes.” 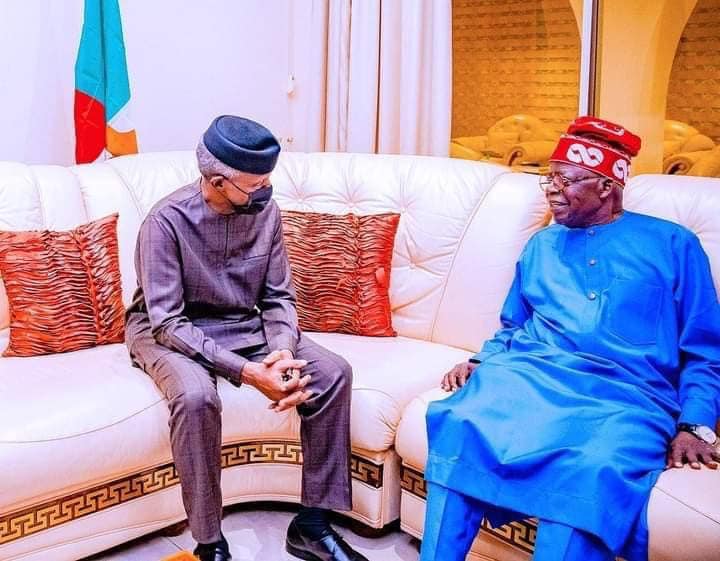 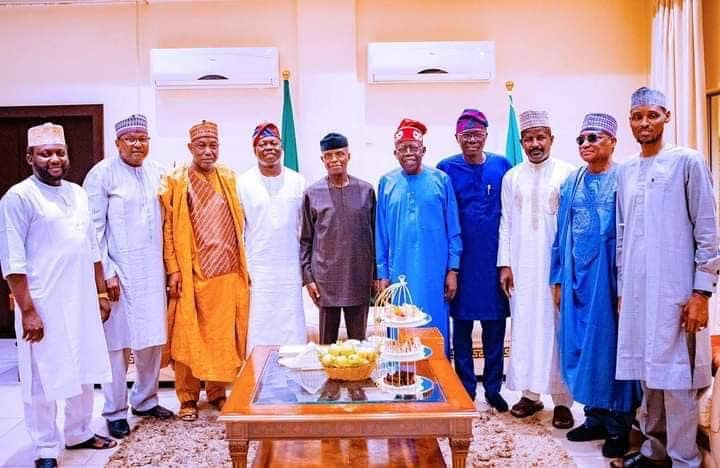