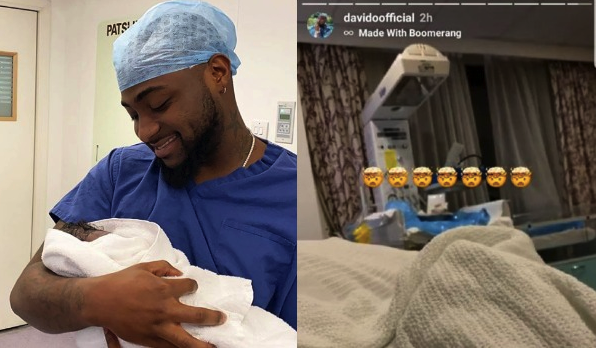 Nigerian singer Davido’s son with Chioma was welcome in the early hours of today and the singer has decided to name him David.

Davido made the announcement of the baby’s arrival earlier today, when he notified a follower he was in the labour room with fiancee Chioma.

And just moments ago, the singer posted a photo of himself with the baby and announced the baby’s name as David Adedeji Adeleke Jr., naming the baby after himself.