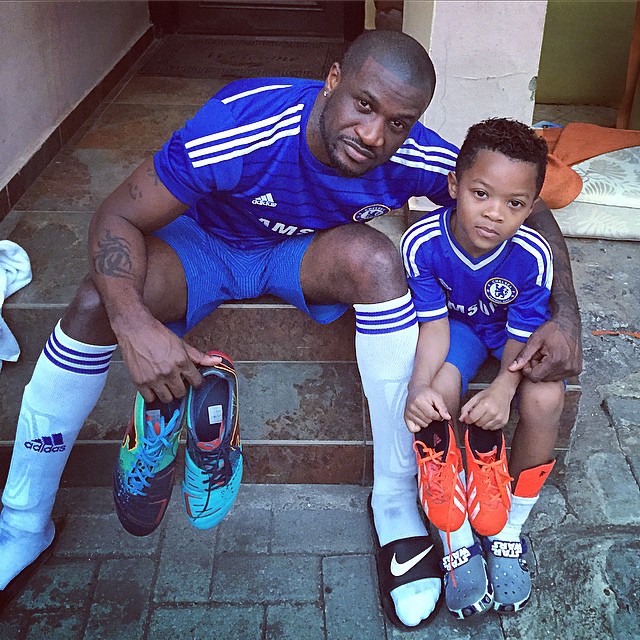 Peter and his son, Camron
Cameron Okoye, son of Peter Okoye one half of the now defunct music group, P-Square has been enrolled in a youth football team associated with Barcelona F.C of Spain.
According to Peter Okoye, his son, Cameron has adapted to life as an upcoming footballer as he shows off his skill while their team recently visited Spain to play in a football tournament. 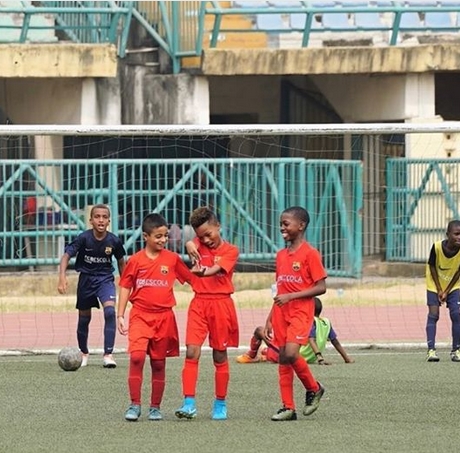 Camron celebrating after sctuneg a goal
Peter who doesn’t waste time in celebrating his son on social media, took to his Instagram page to share videos of Cameron and his team mates out and about in Spain.
He posted the Video and wrote: "When you know your son gat skills… proud of you son. Go go go @cameronokoye10 #LiveFromBarcelona  @fcbescolalagos #FutureSoccerPlayer #StarBoy #FutureChamp." 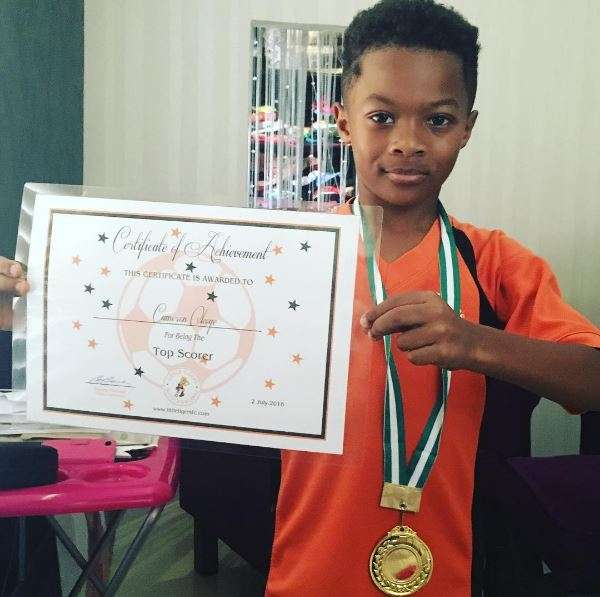 He also shared a recent Video of Cameron in action showing of his dribbling skills in a match.
See the videos below:

Here wishing my son @cameronokoye10 and his fellow team mates @fcbescolalagos all the best in their up coming tournament in Bercelona🇪🇸. Go make us proud!😊 I am Warming up in becoming your Official Manager/Agent 😊😉 👍🏾 ⚽️ 🏆🏅 #ZOOM #MySoccerStar⭐️⚽️ #TheYoungShallGrowToTakeOver #DaddysPride