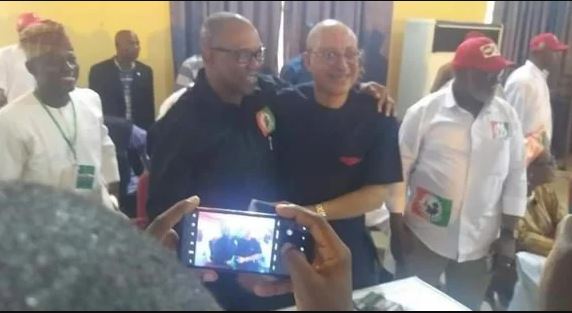 Mr. Peter Obi, a former Governor of Anambra State, has emerged as the presidential candidate of the Labour Party.

Earlier at the convention, Professor Pat Utomi stepped down for Obi.

Utomi announced that Obi is a younger aspirant with the capacity to effect the needed change in the Nigerian system.

Also, another aspirant, 45-year-old Joseph Faduri stepped down for the former governor.