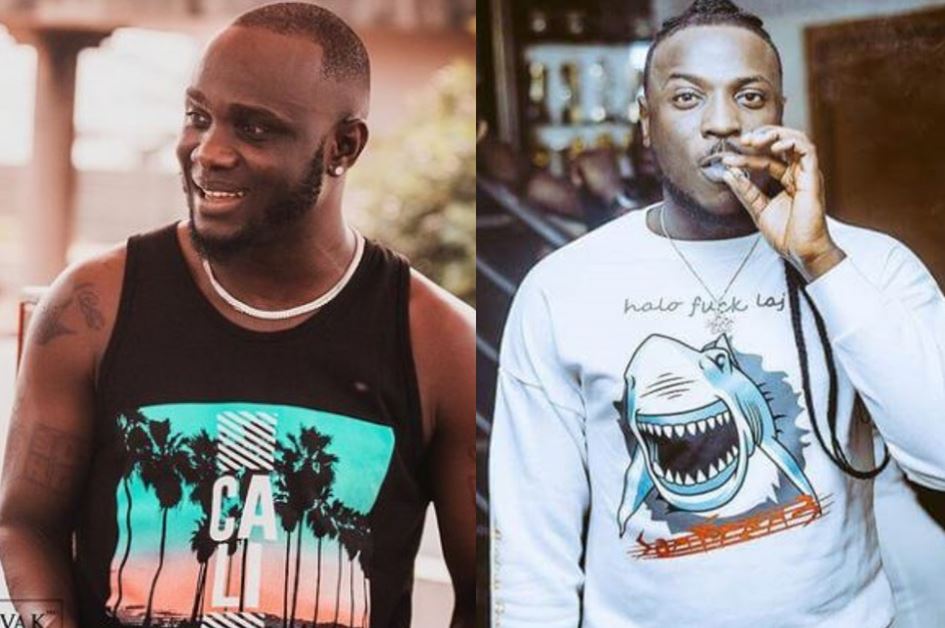 Nigerian singer, Peruzzi has opened up about what led to the death of Obama DMW.

News of the passing on of the loved, Obama DMW, has shocked many, as fans took to social media to seek answers surrounding his demise.

Reports have it that the socialite walked into Ever Care Hospital in Lekki to complain of an ailment.

According to a close source, he was said to have died later at the hospital.

According to a slew of post on Instagram Stories, he hung out with Davido in the studio 21 hours before his death.

Peruzzi, in a chat that surfaced online said that alcohol and cigarettes are part of the things that contributed to the sudden death of Obama DMW.

According to Peruzzi, Obama DMW suddenly woke up from sleep and started shouting his arteries are not pumping, and he cannot breathe again.

Peruzzi, who feels so much pain about the said incident, added that he has decided to quit alcohol and cigarettes. 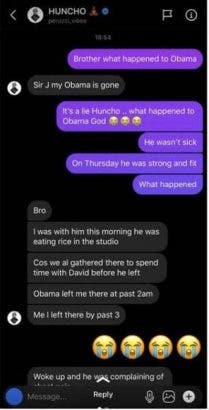 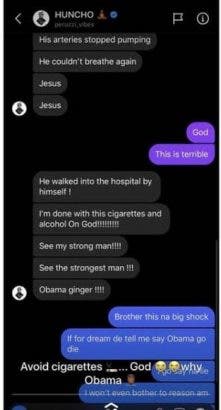 BBNaija: Tega Narrates How Her Brother Was Stabbed To Death Over N2500