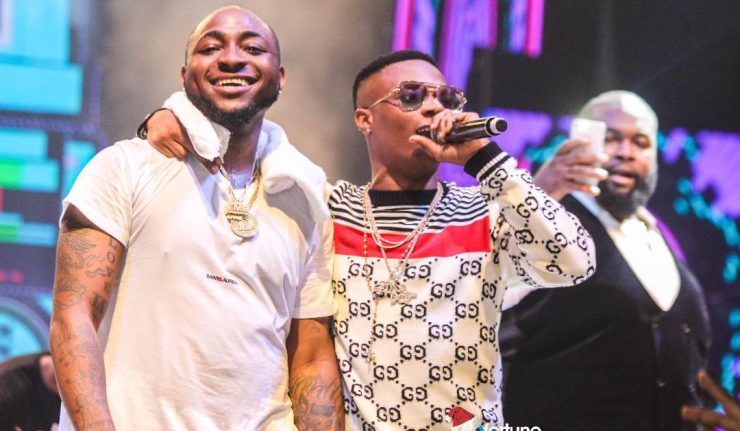 In a recent interview with HIPTV, Wizkid has opened up on how he was able to stage a performance with Davido at his show, #WizkidTheConcert despite social media beefs in 2017.

According to the Starboy Records boss, the whole social media fight between Davido and himself was all media hype. Wizkid said he personally invited Davido for the concert.

Recall, Davido surprisingly jumped on stage to Join Wizkid to perform at #WizkidTheConcert. It was a moment music lovers in Nigeria never saw coming due to the heated beef between the two top Nigerian artiste.

Watch As Wizkid Reveals How It happened;

I SENT DAVIDO A MESSAGE TO COME TO MY SHOW – #WIZKID REVEALS THE MOMENT #DAVIDO SURPRISINGLY JOINED HIM ON STAGE TO PERFORM AT #WIZKIDTHECONCERT IN DECEMBER, 2017 _ VIDEO CREDIT: HIPTV