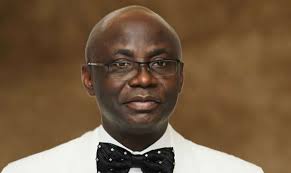 Popular Nigerian pastor Tunde Bakare has revealed that corruption and the inability of the government to protect citizens forced Sunday Igboho to demand for Oduduwa Republic.

Bakare who is the pastor in charge of the Citadel Global Community Church said calls for self-determination in Nigeria were caused by the failure of the country’s leaders.

Bakare noted that if everything was well with the country, none of the agitations for the Oodua Republic or the Biafra Republic would be taken seriously.

He stated this in an interview with BBC Yoruba on Saturday while speaking in the state of the nation.

“I and Sunday Igboho haven’t seen one another for once. The time he was supposed to come and see me, he couldn’t but he has seen other prominent people in Yoruba land, he has seen kings, chiefs and others but if things are truly going on well in the country, everyone is living fine, has food to eat, has water to drink…

“There was no one demanding what Sunday Igboho requested for before this time but I know when things turn around for good and those at the top see that things have become bad and start making a change… all these agitations, the Yoruba elders will call them because the elders have not asked them to go out and demand the Oduduwa Republic.

“When I was birthed and up until I was three, I couldn’t walk, I was crawling on my butt but my mother never left me, she didn’t kill me, she didn’t leave me to go to another man. She stayed in my father’s house and she stood by me till I became someone who was staggering to walk.

“God that has helped my mother not to leave me to go elsewhere, we won’t leave this country for another. My children went abroad to study, before they left, we all signed a document that when they graduate, they will come back to Nigeria because this is their home.

”If we don’t make Nigeria better and we flee to other countries, we are simply going to the countries of those who have made their countries better.

”You can only be ‘B’ citizens over there, you can never be ‘A’ citizens. Let’s all calm down and see how we can make Nigeria great. These politicians are not more than us, it is just that we do not have one voice. Once we have one voice, we will leave the forest and make a way.

”What will help stop the agitations is to make Nigeria better.

”I can see the leaders have come out to say they are doing amendments here and there. I was part of the 2014 Confab. God helped me and some other persons to do great things there. There was a memo that I, by the grace of God submitted there and it was accepted widely.

“Nigeria, by the grace of God will work. When we make the country better, it will be for the good of all but if we cannot move forward, let us return to where we have come from. There was a plan our forefathers from the North, South had on how to govern the country before the military came.

”Someone stood up in May 1966, declaring there will no longer be a federation. The declaration aligns with the military system because for them, it is an issue of obey the last order but since then, things have gone awry. If we can’t go forward, let’s return to where we have come from but for Igboho, IPOB (Indigenous People of Biafra) and the rest, when they see that things are becoming better, they will stop agitating.”

He stated that President Muhammadu Buhari enjoyed wide support in the 2015 presidential election because many people thought he would weed out corrupt politicians. He, however, added that this has not been the case.

Bakare also said the security architecture of the country had gone awry under the Buhari administration and that no one can sleep well.

He said, “Corruption brought them here, not politics.

“In my father’s house, I can’t remember if we have a key to lock doors but things have gone awry. They say the older generations have destroyed the nation, it started from the youth because those who took over power and started killing one another in the military, we have those who are in their 20s, in their 30s, they brought us here. Now they are old, they don’t want to leave the government.

“Our politicians are not practising politics but corruption, what if the military destroyed everything since 1999 that it got to the democratic government.


--Advertisements--
“We know some of the politicians were formerly military men who dropped the uniform to wear the Agbada, you don’t know whether they are soldiers or politicians, things have gone sour except we cry out so those who are more powerful than us can help us.

”I was in my house when I got a call. I started the Save Nigeria Group so that Nigeria will not be ruined. I don’t have a personal relationship with (Goodluck) Jonathan or (Umaru) Yar’Adua, God showed me a vision then I started coming out to say things must be done right then people like Prof Wole Soyinka, General Akinrinade joined me and other prominent people joined us.

”We came out because we wanted to save Nigeria from denigrating, to look for those who are better than us abroad and even here in Nigeria so we can sit and have deliberations as to how it would get better.

“That’s what I was doing, then Buhari saw me and said this man walking the streets seeking a means to make this country better with lots of support, must be someone we can embrace.

”We also wanted to know the plans he had for Nigeria and you know we had supporters and we didn’t want him to go astray, we met in Kaduna. I had planned to do a lot of good things for Nigeria but when (Obafemi) Awolowo led the first time and couldn’t succeed the second time and some people said the good person will not win, I left them to continue their politics, God has called me to my own ministry.

“Now, everyone felt that someone who was once a senior officer in the military, once he gets there, the corrupt politicians will disappear but rather than that, it became worse.

“The country’s security architecture even worsened (such) that we cannot sleep with two eyes closed. It’s so bad but God is not asleep. Some of my friends do criticise me that I was one of Buhari’s supporters and I had to tell them that I openly supported this man in 2011 but I am not saying I’m not seeing him again. He is someone that I visit sometimes and advise him on what to do and he will listen but once I leave, there is nothing to show for it.


--Advertisements--
”Later, I started staying back in my house but I have time to pray and plead for mercy. God himself led Prophet Samuel to anoint Saul, he didn’t go to meet Saul himself, God told him that Saul was chosen and when Saul disobeyed, God took the position from him.

“No one has ever seen the end of the world. It seems this government has gone overboard, we can only pray for it. May God have mercy on us.”