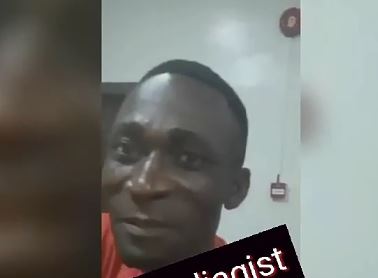 A Nigerian pastor has left many people in a state of shock after hailing the government for sending soldiers to kill unarmed protesters.

According to the man who identified himself as a pastor, the government did the right thing by killing those who went out to protest.

He said the protesters are supporting fraud and it is right to kill someone who supports fraud.

“This is pastor. We support the federal government. What they did is right. The army cannot just kill an innocent somebody which is he has to kill somebody that goes to protest for Yahoo. What is Yahoo? Online fraud. Are you supporting fraud? Fraud is a sin”.

Watch the video below”

You Will Have An Accident With That Car – Pastor Ibiyeomie Curses Yahoo Boys, Policemen (Video)