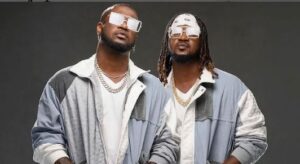 The duo, who reunited in November 2021 after splitting up for almost five years, have not dropped music together as a group since then.

Having announced that they would be dropping two singles soon, the duo announced one of the songs today, July 13th 2022, an amapaino-infused song titled ‘Jaiye’.

Sharing a snippet of the song’s video on their Instagram page, the award-winning singers stated that the new song ‘Jaiye’ will be released on July 22nd, 2022.

Listen to the snippet below