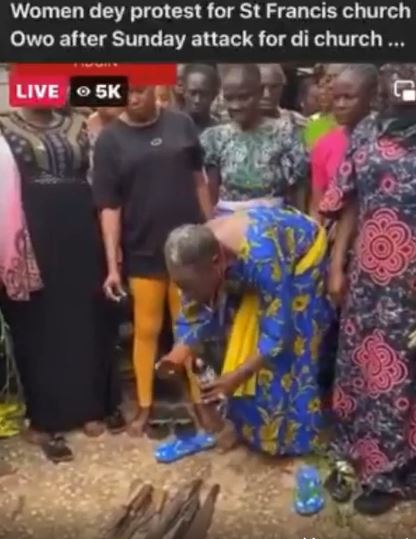 Following the massacre of church worshippers by gunmen in Owo, Ondo state, some aggrieved women gathered to summon “Ogun” (god of iron and war) to get justice for the victims.

He said 22 people lost their lives to the horrific attack while 52 survivors are on admission at the Federal Medical Center, Owo, St Louis Hospital, Owo and the Owo General Hospital as well as some private hospitals.

However, The Bishop of Ondo Diocese, Jude Arogundade, insisted that no fewer than 38 church members died in massacre.

The women who were visibly angry over the killings placed some metals on the floor and also poured libations as they invited the god of iron to get justice for them.