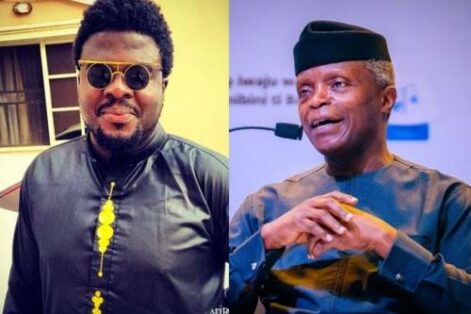 Nigeria’s Vice President Yemi Osinbajo has been accused of being a fake man of God.

Recall that Osinbajo is a pastor of the Redeemed Christian Church of God.

Nollywood actor, director and producer, Aremu Afolayan made the claim on his social media page.

He said this on Tuesday, as he lamented the huge crash of the country’s currency, the Naira against the Dirham of United Arab Emirates (UAE).

In a video he shared on his Instagram page, Afolayan converted 6,500 Dirham into N1 million. As caption, he wrote “I wish everyone can move out of Nigeria,let’s see who you evil serpent will govern over.

“You are faceless to me. I thought your time will bring peace and Furtune to my people. Pls stop going to church,it’s not worth it”.

According to him, Nigeria is a dead country as its economy and currency are in ruins.