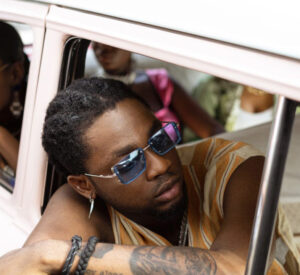 The latest body of work comes in a package of fourteen tracks with guest appearance from Tay Iwar and Justin Bieber. “Boy Alone” album in less than 24 hours debuted on Apple Music Top 100 Songs Chart in several countries.

This new feat is unmatched in the Nigerian Music Industry. The singer who currently holds the Number one spot on the Apple Music Nigeria Top Song chart with ‘Damn’ has also debuted at number 9 on the UK and at number 26 on the US with his first album, ‘Boy Alone’.

All eyes are still on the album as it is on its way to achieve greater things in coming days following it’s release on Friday, July 15, 2022. Congratulations to the young champ, Omah Lay. 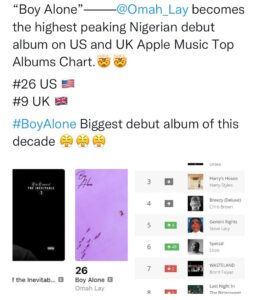