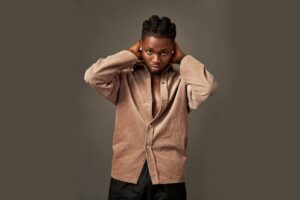 Young Nigerian musician, Stanley Omah Didia who is widely known as Omah Lay has addressed his fans and other music lovers in an emotional letter.

The award-winning musician released this letter in a recent post he made on his verified social media handle on the popular social media platform, Twitter.

This letter also comes at a time when he is readying to release his debut album, dubbed BOY ALONE. Read the letter he released below; 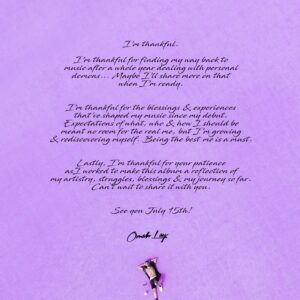 This comes after he announced the dates and cities for his ‘Boy Alone’ tour in North America.

The buzzing Afrobeats singer, songwriter, and performing artiste who is currently on a tour dubbed; “Boy Alone World Tour” would be performing in more than fifteen cities in North America.

The Afrobeats singing sensation and energetic performer has taken to his official social media pages to announce the dates and cities for the upcoming North American leg of his world tour.

Omah Lay earlier performed in Manchester, Puerto Rico, Sydney, Oslo, Frankfurt, Istanbul, Glasgow, and Barcelona, among others. In a post via his verified page the singer disclosed that the impending tour begins on Wednesday, September 7, 2022, and ends on Saturday, 8th October 2022.