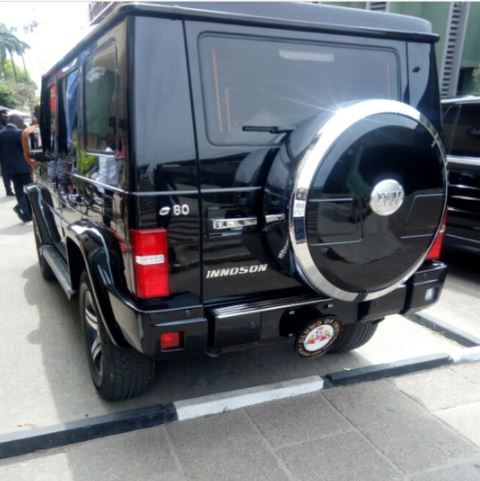 The exotic car in question
The Oluwo of Iwo land, Oba Abdulrasheed Akanbi recently visited the University of Lagos, Akoka, Lagos State to attend an event and he brought his locally-made exotic vehicle. 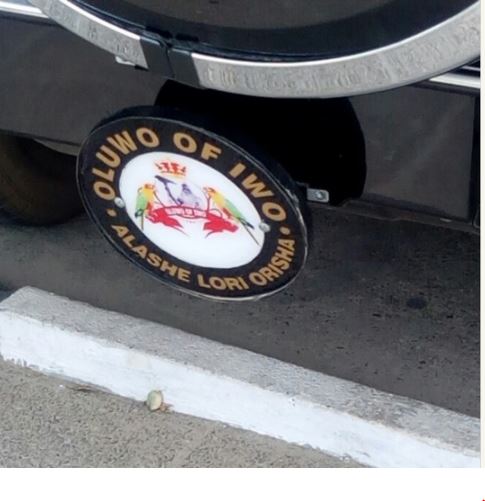 According to an eye witness, the beautiful SUV which shares a similar resemblance with a Mercedes Benz product, G-Wagon caused a stir due to the fact that it was made by Nigeria’s only indigenous vehicle production company – Innoson Motors.
The vehicle had a customized plate number announcing his royal status. Students gathered around the black SUV in admiration as some others took pictures also.
The vehicle has been described as a technological breakthrough in Nigeria especially at a time when the current government is seeking to effectively diversity the Nigerian economy and avoid over reliance on oil.
--Advertisements--