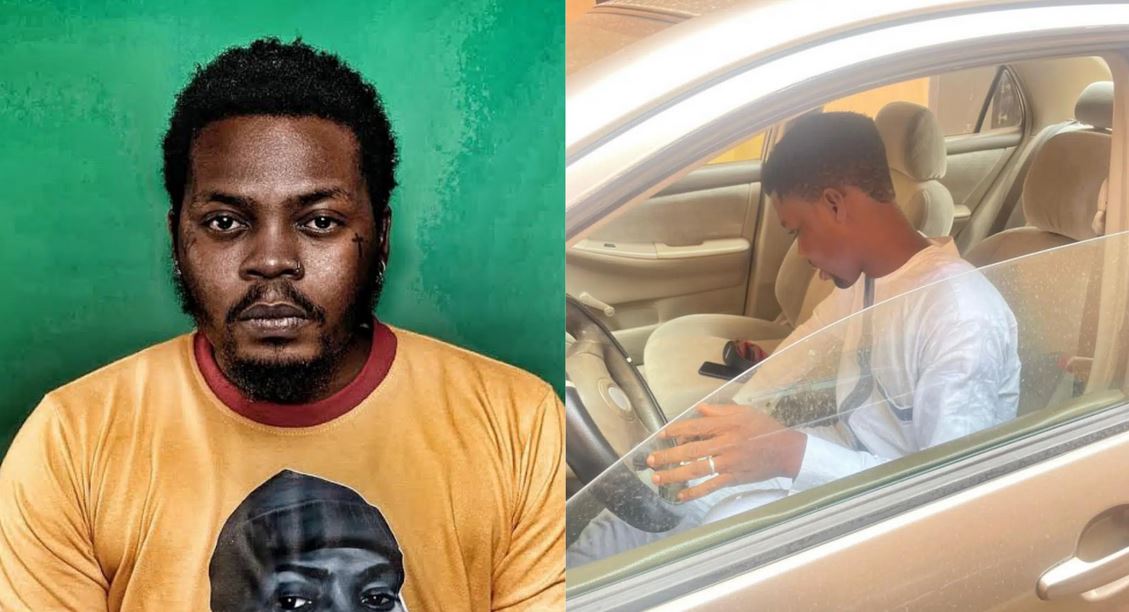 Popular Nigerian rapper, Olamide has blessed a fan with a car months after he begged him for it.

Recall that months ago, a Twitter user had begged the rapper for a car to start a bolt business.

Olamide at the time had chastised the fan by asking whether he had given him money to keep.

Four months later, the Twitter user is all smiles as the rapper gifted him a new car for his bolt business.

The Twitter user took to his social media page to reveal that the singer has made him a car owner. 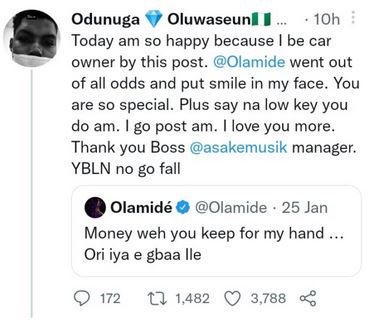