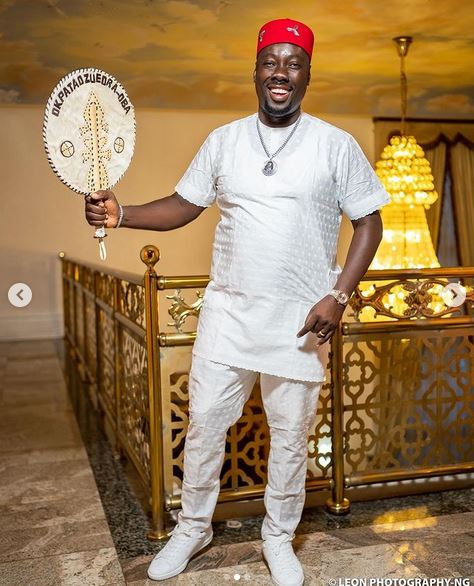 Popular Nigerian entrepreneur, billionaire and club owner, Obi Cubana has spent a whooping sum of N50Million on an expensive diamond pendant to honour his deceased mother.

The billionaire entrepreneur have been trending on social media after following the 300 cows he received from friends ahead of his mother’s burial.

Sharing photo of the luxurious jewelry on his Instagram page, the jeweler wrote;

“@obi_cubana asked me “I want something special to commemorate my mum what can my 100k$ do for me” told him Say no more big bro #justaskobi,” 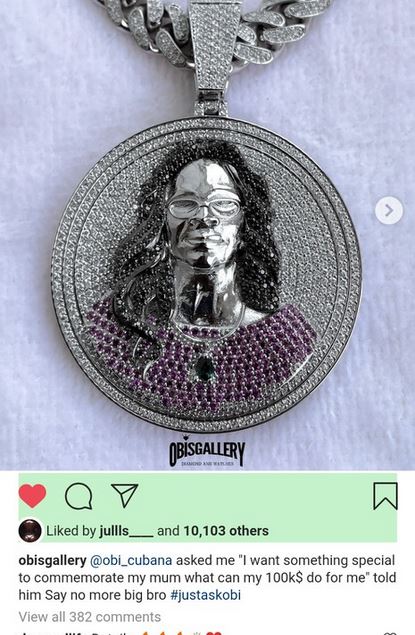