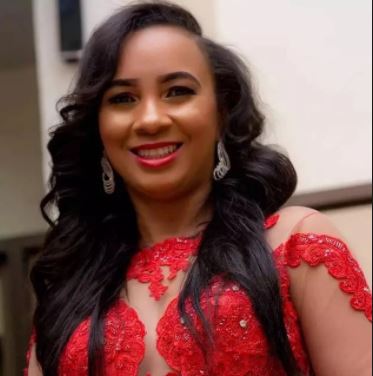 Ms. Ibinabo Fiberesima
Dr Suraj Giwa was an affable and loved medical doctor, an amazing husband and loving father. On February 26th, 2006, Dr Giwa encouraged his brother to ride with him to visit a dear extended family member, across town. That evening, they drove leisurely, musing about sibling, their beloved family and everything life.
Meanwhile, somewhere within that axis, a former stunning beauty queen and Nollywood actress, Ms. Ibinabo Fiberesima, was allegedly partying and seducing alcoholic beverages. Near the end of her party, she decided to drive home, heavily and visibly intoxicated. She got into her vehicle and drove away from the party, headed toward Lekki. As she travelled north, she was heavily impaired. Yet, she kept driving: increasing her speed as the consumed alcohol intoxicated her harder. Shortly, Ibinabo Fiberesima would lose control of her SUV. She forcefully flipped; crashed across the median of the road, to face south.
The impact of her speed went through the slab that divided the road. She collided with Dr. Giwa who was travelling south. The impact of the collision instantly killed him and seriously injured his younger brother. The impact attracted passers-by and area residents who quickly gathered to offer rescue. The vehicles began to steam smoke as Ms. Ibinabo slowly crawled out from the mangled driver side of her vehicle, then staggered to the passenger side, opened her glove compartment and removed her vehicle registration: before she fled the scene, she removed the plate license, without offering any help to the victims of her drunk driving wreck. Those who gathered quickly recognized her as she staggered into the crowd and disappeared But the star actress could not hide her recognition from disappointed crowd of fans and sympathizers at the scene.
Weeks later, Ms. Ibinabo was caught by Lagos Police. She had been identified by witnesses at the scene. She was arrested and charged with drunk and reckless driving that caused the death of Dr. Suraj Giwa. After several court hearings and appeals, she was sentenced in 2016 to five years in prison for vehicular manslaughter by reckless driving and under the influence. Ms. Ibinabo appealed the Lagos Courts rulings to the Supreme court.
Doctor Giwa died and left behind his mother, wife and three children. When the late doctor’s family asked for public apologies, Ms Ibinabo told them that:’“I CAN’T DO THAT, BECAUSE IT IS GOING TO DAMAGE MY CAREER”. 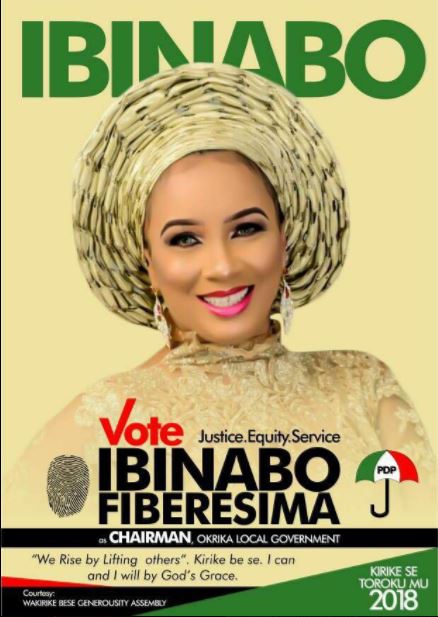 Its been 12 years since Dr Giwa was killed in the most grotesque manner by a privileged and perhaps, powerful actress. These times, Ms. Ibinabo has declared her intent to run for political office: as Chairman of Okrika Local government. Only in Nigeria would a murderer boldly and brazenly run for political office. I am not from Okrika local government.
It is up to the people of that region to elect a killer, an alcoholic with stained blood of an innocent doctor she carelessly killed by choosing to drive while impaired. Ibinabo Fiberesima is a felon who should not be allowed any political office in our dear Nigeria. She recklessly took another life. . If we allowed Ms. Fiberesima to run and win, we have endorsed her way to national political prominence. What would we tell the children of Dr. Giwa?. That its acceptable for their father to die in horrible way and the killer becomes a celebrated politician?. Ms. Ibinabo Fiberesima has denied these children a father. He would not be there for their graduation, their weddings and his grand children would never know their grand father: they would forever be scarred each time they see Ibinabo on the pages of newspapers as a glam-politician.
The High Court found her guilty and sentenced her to five years jail in 2016. An appeal to the Supreme Court does not justify her freedom. She should be in jail while awaiting Supreme Court decision, not printing political posters to announce her candidacy, mocking us that she stands for Justice, Equity and service. Giwa deserves justice. Her family deserves closure. Ibinabo deserves to be sitting in prison now. After killing Dr Giwa, she fled the scene. Before she fled the scene, she removed every traceable document from the vehicles, tampered with evidence at crime scene, then disappeared. She knew what she did and from the moment it happened, she was determined to beat the law.
Is this the type of candidate Nigerians should trust?. Do not be fooled by beauty. Imagine if Dr.Giwa was your brother, father, husband or son?. Imagine if a drunk driver who survived accident with fatalities, that she caused, had a chance to save lives of the dying, but sneaked away and disappeared from the scene. Where is her soul?. I do not know Dr. Giwa or his family. I do not know Ibinabo. But her crime is beyond forgiveness.
I seek justice for the Giwa’s family. The people of Okrika should lead us in rejecting a convicted murderer. There are other qualified beautiful women in Okrika that best a murderer, an unremorseful killer of late Dr. Giwa.
--Advertisements--