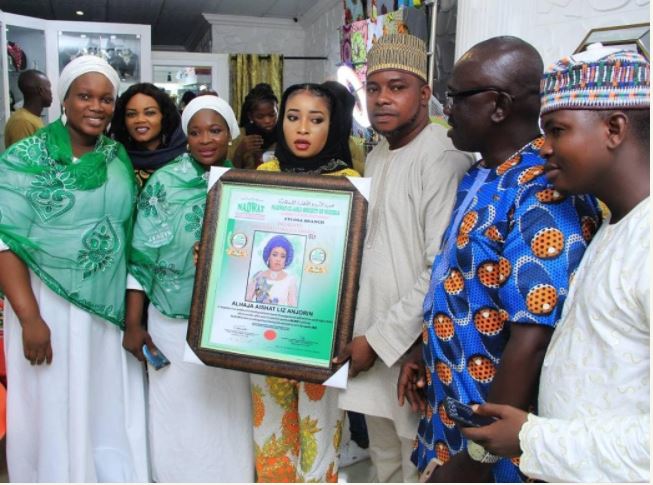 Liz Anjtune (middle)
Lagos-born Nollywood actress Liz Anjtune who marked her birthday some days ago was honoured by an Islamic group headed Lagos-based cleric Shiek Olarenwaju Alufilani.
Her new Islamic title, Borokini Adini was delivered to her in a letter format.
The Nollywood actress who converted to Islam in 2013 said she is experiencing true love from her newly found faith than when she was a non-practicing Christian.
See more ptuneos: 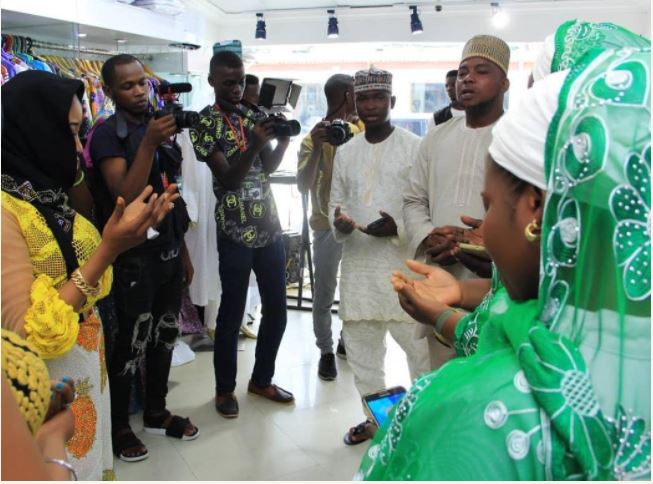 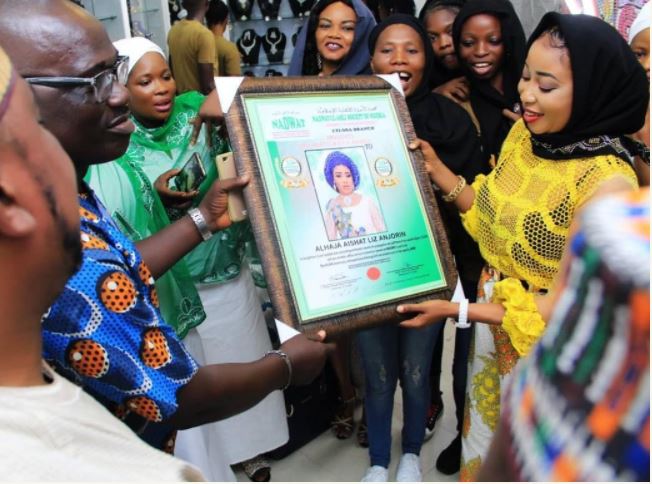