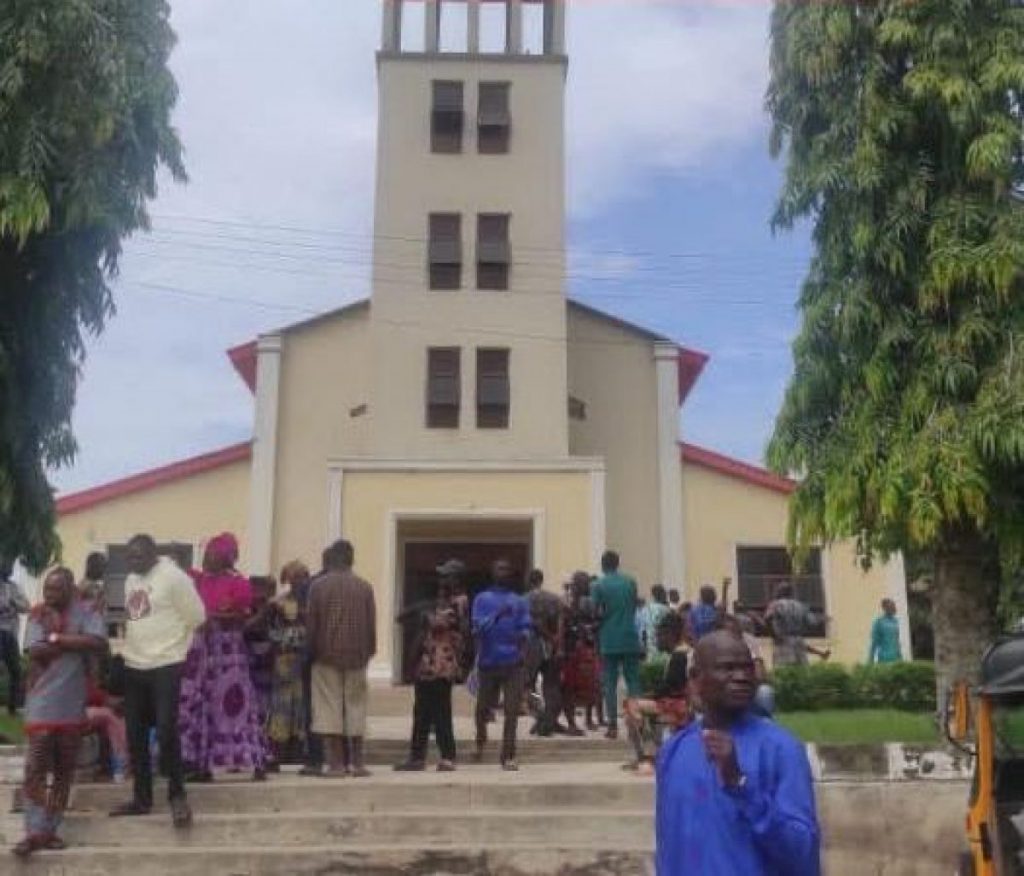 Governor Kayode Fayemi of Ekiti State has denied claims by the federal government that Islamic State West in African Province (ISWAP) is responsible for the attack at St Francis Catholic Church in Owo, Ondo State that killed over 40 worshippers.

Recall that we had reported last week how some unknown gunmen invaded the St Francis Catholic Church in Owo, Ondo state killing over 40 worshippers and injuring many others.

Reacting to the gruesome killings on June 9, the Federal Government claimed that the attack had been linked to ISWAP due to the terrorist group’s imprint found on the scene of the attack.

The Minister of Interior, Rauf Aregbesola, revealed this while addressing State House correspondents after a meeting of the National Security Council presided over by President Muhammadu Buhari.

He said the security agencies had been ordered to go after the perpetrators and bring them to book, adding that the church was not attacked based on ethnic agenda.

But in an interview on a Channels Television programme, on Monday, Fayemi said the claim by the federal government is purely speculative and not substantiated.

The governor stated that there is no shred of evidence that substantially links ISWAP to the heinous attack in Owo.

Fayemi stated that the gunmen have committed a heinous crime and demonstrated the maximum capacity to cause damage to the people of the region.

He, therefore, said South-West governors will do all in their capacity to ensure such a sad incident does not happen in the zone again.

He said: “As far as I’m concerned, the statement about ISWAP or Boko Haram or whatever other institutions are responsible for this is purely speculative at this stage.

“I haven’t seen any evidence that concretely puts this in the corner of any of these rogue elements.

“And really at this stage, it doesn’t matter, they have committed a heinous crime and demonstrate the maximum capacity to cause damage to our people, our duty is to ensure that this does not occur again and we go after elements of this nature, whichever organisation they represent.”

Recall that Governor Rotimi Akeredolu of Ondo State had also rejected the claim by the federal government that ISWAP is responsible for the gruesome Owo attack.