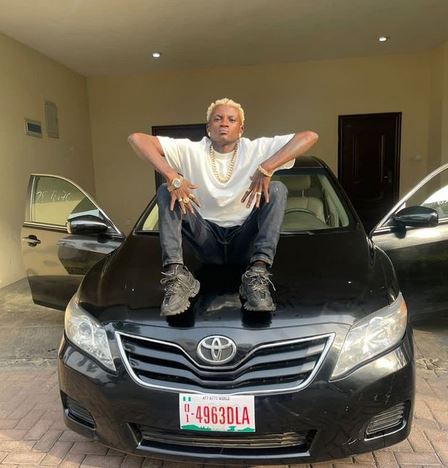 Fast-rising singer, Portable has reacted to the unfortunate killing of a commercial motorcyclist by his aide who drove his Range Rover automobile yesterday.

Noting that he paid a visit to the hospital to foot the bills of the okada rider, the singer explained that before he could get there, he was already pronounced dead.

The Zazu crooner also noted that he wasn’t the one driving the car as he was at his son’s naming when the auto crash occurred.

Though he pleaded his case, Nigerians faulted the part in his statement where he said he wasn’t the one driving the vehicle.

@Ademola Balogun said: “Do you know anything about Vicarious Liability? The car is yours, the person that drove the car is vour employee. If the family smart, dem supposed sue you!”

@William Mark: “But it’s your vehicle bro. Anyways do the needful as promised.”