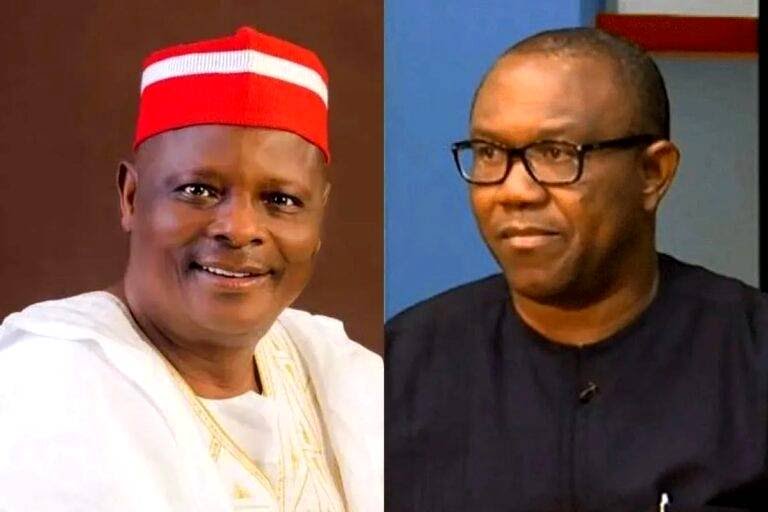 The New Nigeria’s People Party (NNPP) on Saturday said there is an ongoing discussion with Labour Party (LP) for a merger in the 2023 general elections.

A merger between NNPP and Labour Party will present the presidential candidate of both political parties – Rabiu Musa Kwankwaso, a former Kano State governor and Peter Obi, a former Anambra State governor – on a joint ticket.

“We wish to inform Nigerians that, our discussions with Peter Obi and the Labour Party are still ongoing,” NNPP tweeted on Saturday.

NNPP disclosed that both political parties have set up a joint “special committee was set to discuss arrangements.”

Kwankwaso, who has been the face of NNPP’s resurgence, confirmed the possibility of a merger with Labour Party and a joint ticket with Obi.

“It is true we are in talks with Peter Obi and a committee is working to look into how to form a merger between us,” Kwankwaso told BBC Hausa.

“Friends and family are being up and doing talking about the merger arrangement.”

Kwankwaso has a history of playing a key role in setting up political alliances to win elections.

In the build up to the 2015 elections, Kwankwaso was among the governors that worked for the ouster of former President Goodluck Jonathan and formed the new-PDP before most of them joined the newly formed APC where President Muhammadu Buhari won in 2015.

Already, the NNPP has a growing membership base in the north. Prominent members of the movement who have registered with the NNPP include a former minister of youth and sports, Solomon Dalung, and President Buhari’s estranged right-hand man, Buba Galadima.

Obi, who recently defected from the PDP and joined the Labour Party, appeals to a large youth following in the southern region of Nigeria.

While Obi is yet to publicly speak on the merger, Kwankwaso said Labour Party and NNPP will have an advantage in the next election if an agreement can be reached.

“The merger is important because as you can see both the ruling All Progressives Congress (APC) and the opposition Peoples Democratic Party (PDP) did not pick their running mates from the South-east, Mr Kwankwaso said.

NNPP notes that “good results” from the ongoing discussions “will give Nigeria a chance to be alive, once again.”