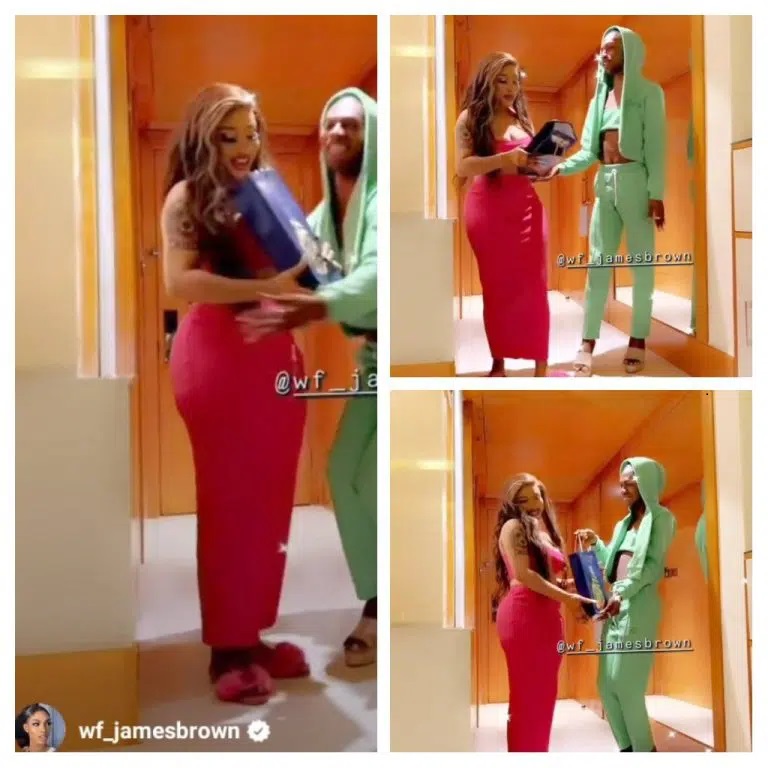 It all started after the crossdresser met with Tonto to offer an invitation for his book launch.

He later took to his social media page to share the video of him hugging and exchanging French cheek kisses with the Nollywood actress.

He captioned the video: ‘My sweet mama Tonto.’

Nigerians who saw the video warned James Brown to be careful while associating with the Nollywood actress following her stained relationship with popular crossdresser, Bobrisky.

Recall that Tonto and Bob were inseparable until things took a dramatic turn forcing them to wash their dirty linens in public.