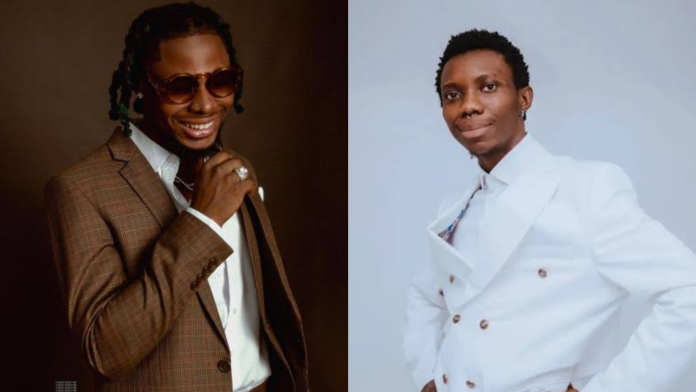 Social Media never really forgets. Even if you’re not a bigshot as at the time you’re sending out tweets; social media will remember one day. This is the in today’s situation where a tweet from Six years ago made by Nigerian Rapper Blaqbonez has resurfaced and the subject of the tweet is Mr. Money himself, YBNL singer Asake.

Apparently, long before the fancy TG. Omori visuals and the warming of rice, before Olamide put him on the YBNL roster; Blaqbonez had already spotted Asake and given him his flowers. From the current indications, Asake had performed while in University and Blaqbonez was Spellbound!

And it was quite after 30 minutes of that performance that Emeka too to twitter in 2016 to say;

The greatest performer in our music industry is in oau, his name is Asake

What i saw was unbelievable, thirty minutes of Greatness argghhhh

While it may not have meant anything 6 years ago, Nigerians are reacting to this with different vibes and we’ve got it all for you. See Reactions:

“I just blow but omo I know my set”hits harder 🔥

Asake been in this P for a long time. https://t.co/EpvHxctKvi

Ahead of the curve. https://t.co/j7TpPRTs3S

When it is written https://t.co/eIw0cMIQz0

I don’t know about you guys but I am planning to be in the front row when Blaqbonez holds the next crusade because, I need billionaire type prophesy in my life right now.