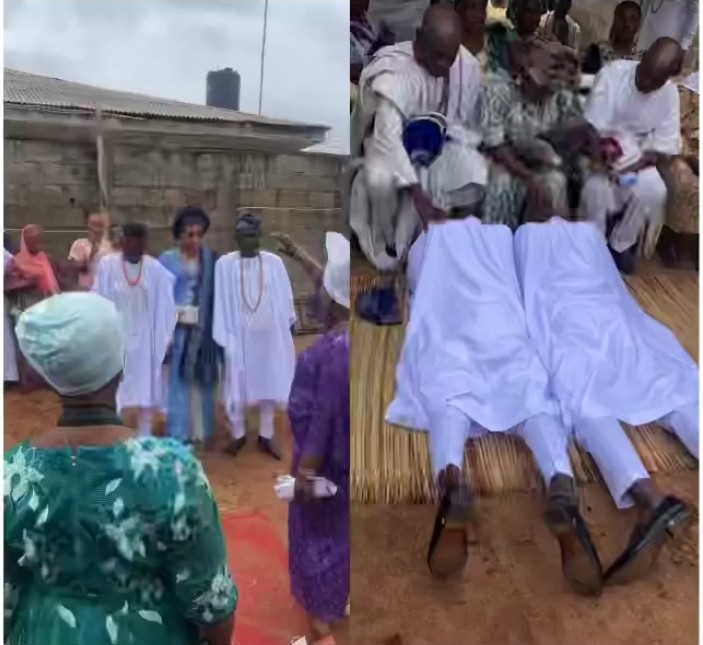 A video has surfaced showing a set of twins allegedly getting married to same bride.

The incident it was reported happened in the south western part of Nigeria.

In the video, the twins were seen alongside the bride as they were blessed by the woman’s family.