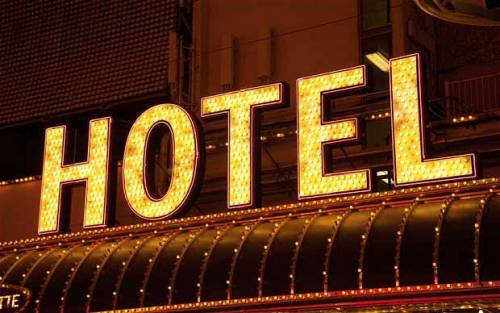 Eli Dilli, a Nigerian pastor, has allegedly absconded with N518,000 hotel bill in Yola, Adamawa state, according to SaharaReporters.

Dilli, who is the district pastor of Lutheran Church of Christ (LCCN), Jalingo, Taraba state was said to have lodged at Tufini Hotel, Yola, Adamawa state, but allegedly absconded without settling bills to the tune N518,000.

The cleric, as gathered, dropped the name of Adamawa State governor, Ahmadu Fintiri, to win the confidence of the hotelier.

He was said to have lodged in the hotel between November 2018 and April 2019, spanning a period of six months.

During the period, the clergyman incurred a bill of N518,000, covering accommodation and feeding.

The pastor, however, fled without settling his bills, according to the manager of hotel, James Joshua.

At the hearing, the First Information Report (FIR) containing the charge bordering on cheating as filed by the prosecutor, Sergeant Sawe Nicholas, was read to the defendant and he pleaded “not guilty”.

In his ruling, the judge, Aliyu Bawuro, ordered that the cleric be remanded in prison custody until April 16, 2021 when the prosecution team will present their witnesses.