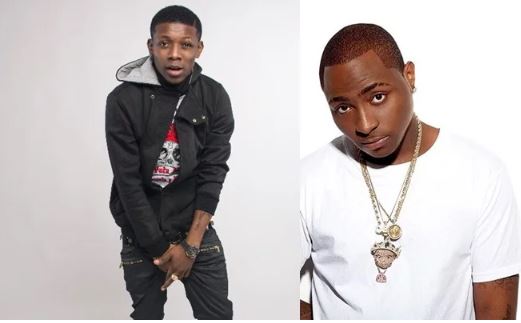 Small Doctor and Davido
Popular Nigerian singer, Davido otherwise known as OBO, alongside Small Doctor, have been accused of song theft.
The manager of King Sunny Ade, Clement Ige has accused the duo of using Sunny Ade’s lyrics without seeking permission.
Ige speaking at Goldberg’s ‘Ariya Repete’ Roundtable discourse in Abeokuta, stated that this generation of artists are proud.
He said; “They use English language to speak Yoruba. Like the young man who sang ‘makole marale.’ How do you build house before buying a land?” he asked.
"Many of them don’t give credit to the original composer of the song they adopt. They just sing it without seeking permission. That’s a copyright infringement. It’s not done in developed societies.
“Till today, Small Doctor didn’t get our permission before and after singing ‘ijó tí m’ojó l’àná, tí wá»n n’pariwo, oni nká», ola nká».’ And many of them are guilty of this.
“That Davido that used Sunny’s lyrics in his song didn’t even get it right and that’s because he didn’t ask for permission. If he did, we would have corrected him. What is ‘Kuluso ewe, agbagba ewe?’
“The line is actually ‘Seleru agbo, agbara agbo’. I know because I co-wrote the song!”
--Advertisements--