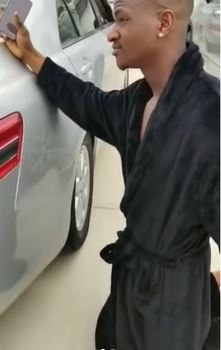 A video has captured the moment a Nigerian national identified as Hammed Gbolarun was accused of using his benefactor’s credit card to purchase 10 cars.

It is alleged that the 23-year-old arrived in the US 6 months ago and he was given accommodation and papers to work by his kind landlord.

Twitter user, @Citizenpeper said he however allegedly “ventured into Yahoo Yahoo” and used money from his benefactor’s account to buy cars.

In a video shared online, the accused is seen kneeling between two cars while asking for forgiveness.

A voice is heard telling Hammed that he isn’t sorry for what he did but is only sorry he got caught. 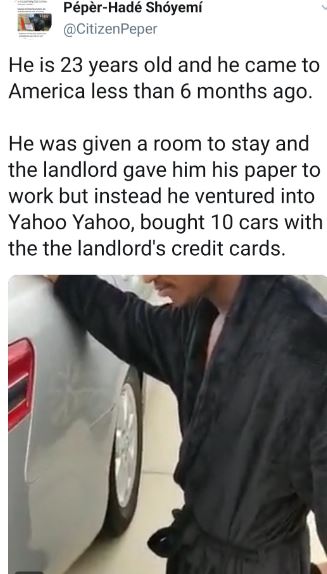 Friends of the accused have said he will speak out soon with his side of the story. 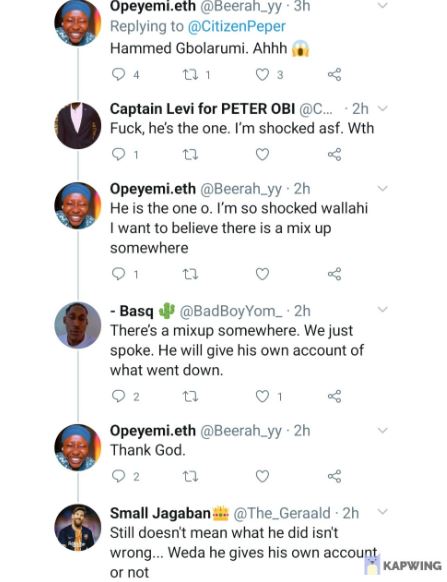