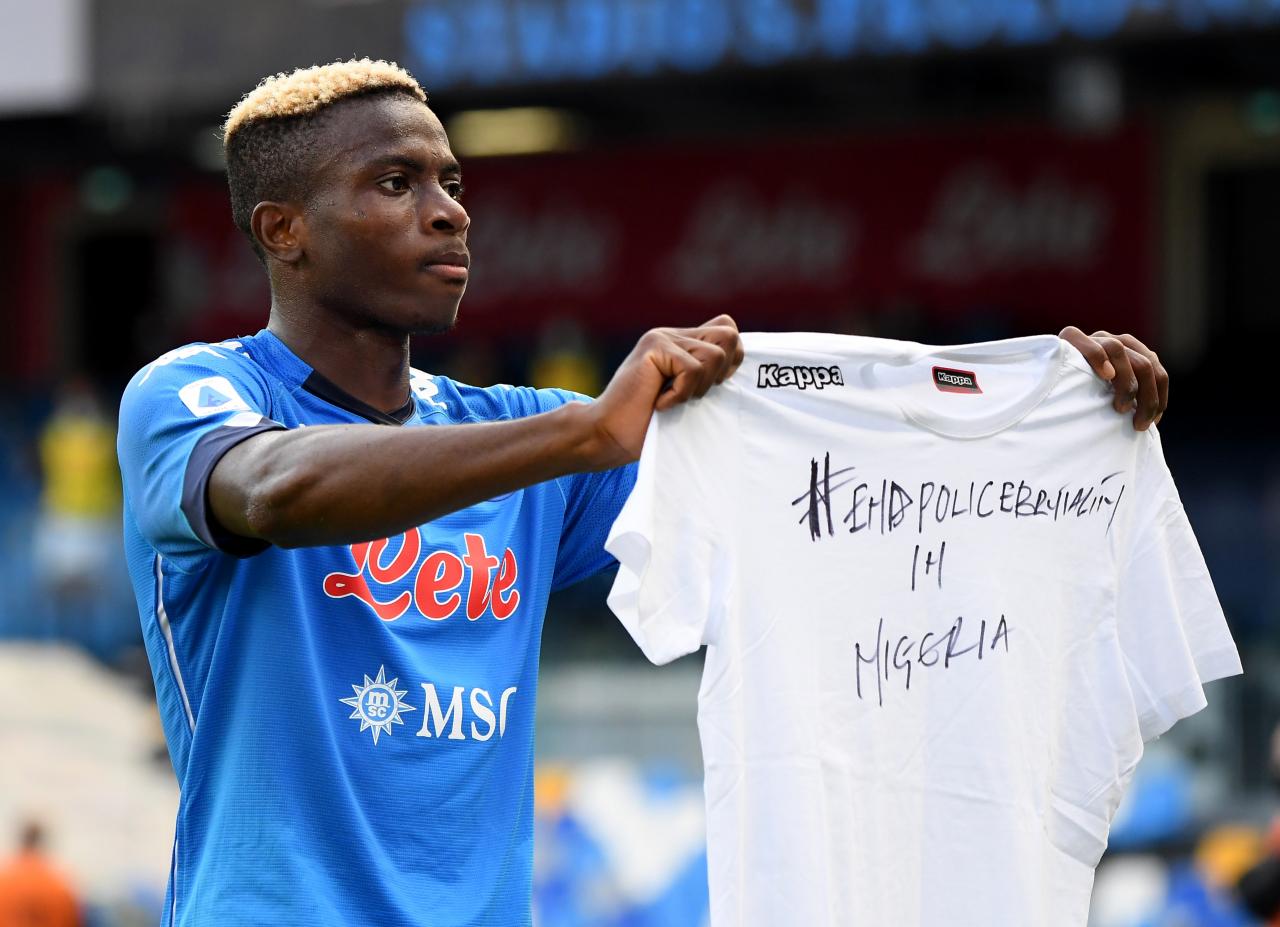 Nigerian footballer and Super Eagles striker, Victor Osimhen, has celebrated in a really awesome manner after he scored his first goal in Serie A as a Napoli player.

Osimhen scored his first Napoli goal with a superb finish against Atalanta in the 43rd minute.

After scoring, Osimhen held up a shirt with the inscription “End Police Brutality in Nigeria”.

Earlier, the player had tweeted in support of #EndSARS protesters in Nigeria.

Napoli paid French club Lille a club record fee of up to 80 million euros ($94.6 million) to bring Nigeria forward to southern Italy on a five-year deal. 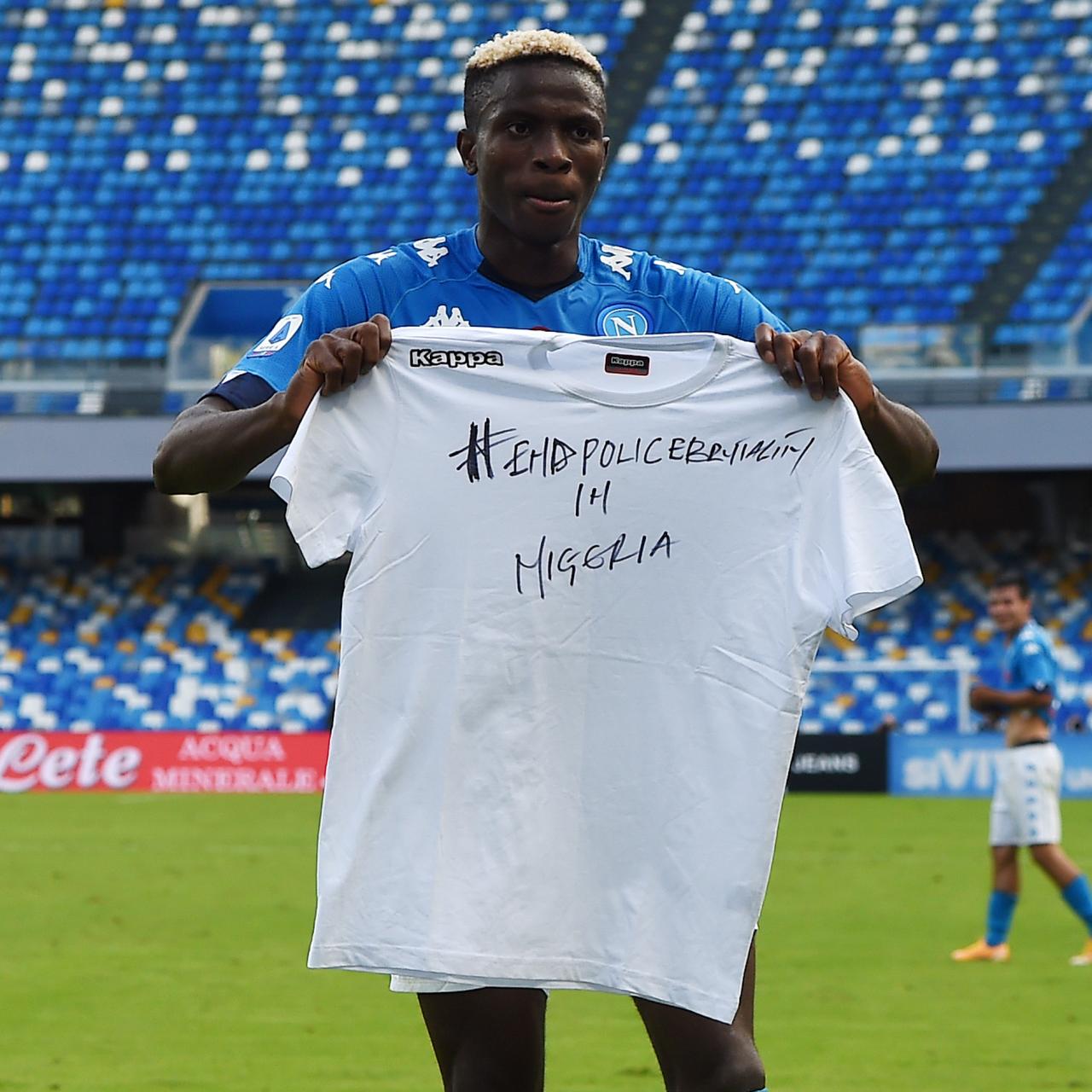 Osimhen scored 18 times last season and was one of the revelations of France’s curtailed campaign with 13 Ligue 1 goals as Lille finished fourth.

Napoli finished seventh in Serie A and qualified for the Europa League after winning the Italian Cup, their first trophy in six years.

Gennaro Gattuso’s Napoli are hoping to get back on track after their aborted trip to Juventus before the international break.

They did not turn up for the game in Turin after two positive coronavirus cases.

As a result, they were handed a 3-0 defeat and docked a point, a setback for a side who won their first two game this season.