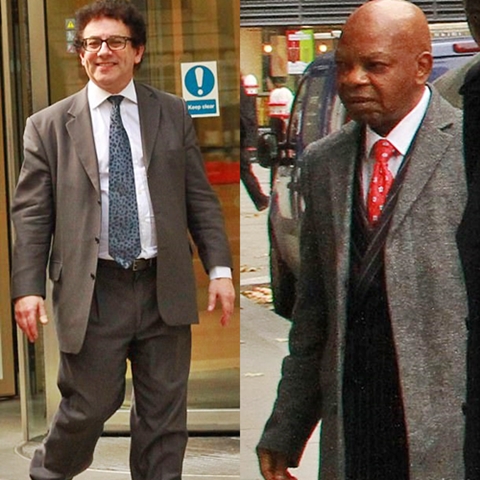 Richard Conway (left) successfully sued Nigerian oil baron, Prince Arthur Eze (right) for more than
£1million in compensation after he pulled out of a £5million deal to buy their property
A couple have been handed more than £1million in compensation after suing a billionaire prince for pulling out of a deal to buy their house.
Nigerian oil baron, Prince Arthur Eze, exchanged contracts with Richard and Deborah Conway on their seven-bedroom mansion in North London in August 2015.
He agreed to pay them £5million, but the deal was ‘aborted’ before completion, London’s High Court heard.
Mr and Mrs Conway went on to sell the property to another buyer for £4.2million and later moved into a new £2.9million home in Great Shelford, Cambridgeshire.
They sued Prince Eze by claiming damages over the lower price their house sold for and the extra costs they faced in pushing through their move to the country.

The seven-bedroom property in Mill Hill, North London features a beautiful swimming pool in a pool-house extension.
After the prince pulled out of the deal, it sold for £4.2million
Now Judge Andrew Keyser has awarded them more than £1million in compensation for thelosses and expenses caused by the prince’s pull-out.
Prince Eze, 62, is the founder of Atlas Oranto Petroleum, an oil exploration company with holdings throughout West Africa, and is believed to be worth £2billion.
He is well known as a philanthropist and has a fleet of Rolls Royces and a private jet.
Matthew Collings QC, for the Conways, previously told the judge that Prince Eze’s failure to complete the purchase of the couple’s Mill Hill home forced them to take out an expensive bridging loan.
Approaching retirement, Mr Conway, now 62, said he and his wife had wanted to ‘pay off all our debts and start again’ and had a target selling price of £5million.
But, after being left high and dry by Prince Eze, they had no choice but to sell their home in Uphill Road at a reduced price, he added. 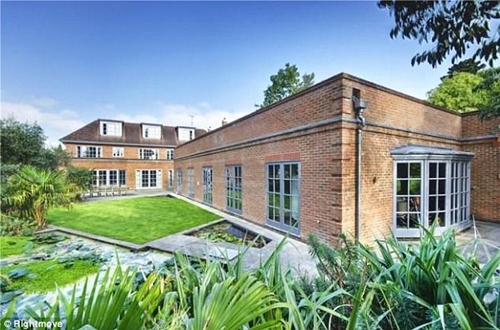 The Conways and the Nigerian royal exchanged contracts after a ‘go-between’ – described as ‘a chancer’ by Mr Collings – told him about the seven-bedroom property.
Prince Eze did not know the middleman before he approached him about the house and ‘did not trouble himself greatly about the finer details of the transaction’.
He did not view the house before making an offer and denied breach of contract, counter-suing the couple for return of his £500,000 deposit.
The prince’s legal team claimed the sale contract was ‘void’ because the middleman had arranged a ‘secret commission’ to secure the deal.
He said he ‘thought something funny was going on’ and denied that a ‘drastic fall in oil prices’ prompted his decision to pull out of the deal.
The prince told the court he had ‘good intentions’ to buy the house, but was concerned he was not receiving the ‘proper information about what was going on.’ 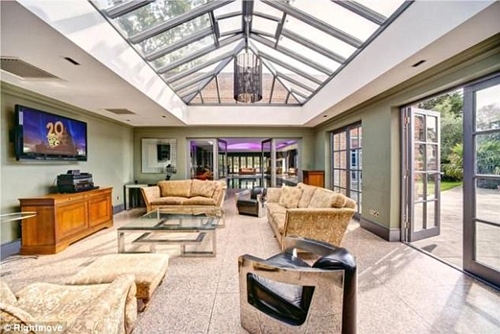 But, finding for the Conways, Judge Keyser said the contract to buy the house was valid and ought to have been completed.
‘Prince Eze had signed the contract,’ said the judge, while the middleman who brokered the deal ‘certainly did have the authority to instruct the solicitors to exchange contracts’ on the prince’s behalf.
Ruling that the deal was binding, the judge concluded: ‘Prince Eze had signed… the only contractual term that remained outstanding was the completion date.’
He awarded the Conways £800,000 to cover the drop in the sale price, plus a further six-figure sum, yet to be fully calculated, to cover the extra costs they incurred.
The judge said that Prince Eze’s £500,000 deposit would count towards the damages payment.
Lawyers for the Conways did not respond to attempts to contact them after the judge gave his ruling.
Source: DailyMail UK
--Advertisements--