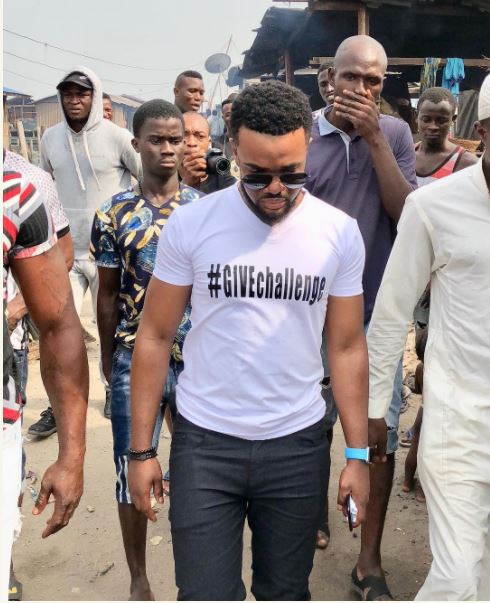 Williams Uchemba (middle)
In recent times, Williams Uchemba has initiated a move to help the poor and feed the hungry on the streets.
The initiative tagged #GiveChallenge thereby suffered a setback of late and the diminutive actor and singer has attributed it to pressure from people to halt his charitable movement.
Meanwhile, he failed to spell out the nature of the attacks in question.
He has assured his followers never to relent in his bid to help the poor and put a smile on their faces.
Read what he posted below:
"Ever since I started the #givechallenge I’ve been under serious attack ( both spiritually and otherwise) apparently some forces are not happy with what we are doing, they have been attacking my family members and even that of my teams members.
It is still not clear to me why some people hate it when you try to help other human beings but one thing I’ve come to understand is that the devil is not interested in what God is not interested in.The past 9 days have been war but am glad to inform you that we got the victory.
It was Gods instruction to carry out the #givechallenge so if they want to stop it then they have to stop God first, but as for me AM GOING BACK INTO THE STREET TO GET MORE PEOPLE OFF THE STREET TODAY..let’s keep putting smiles on people’s faces. #givechallenge WHO IS STILL WITH ME"
--Advertisements--