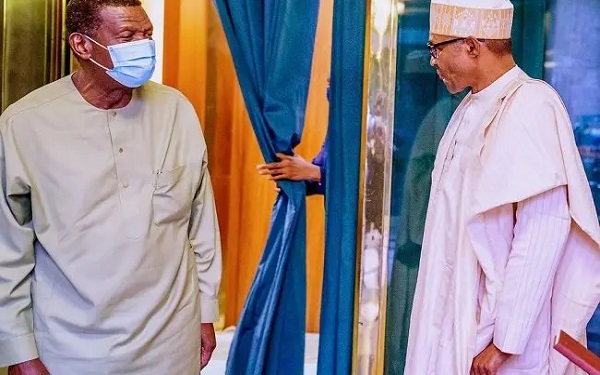 Pastor Enoch Adeboye of the Redeemed Christian Church of God (RCCG) has called out President Muhammadu Buhari government’s over the country’s continued borrowing.

The man of God accused the goverment of allowing a few people pocket the money meant for development while the masses suffer hunger and starvation.

According to him, the borrowing trend portends grave danger to the future and development of the country.

The General Overseer of RCCG said this during the church’s Special Thanksgiving Service yesterday.

The revered church leader warned that the country may choke to death under the heavy weight of foreign debts.

“There are people who want this nation to choke to death and we read all about it in the newspapers that money meant for the development of this nation is swallowed up even after seeing that the people are hungry,” he said.

“Some of these countries who claim to be our friends want to hug us because they want us to come and borrow money.

“They want us to borrow so much that we would never be able to repay. They keep on saying come and borrow money, we are your friends.

“The Bible makes it clear that the borrower would be the servant of the lender and some of these people who pretend to be our friends manufacture guns and bullets.

“They rejoice when you have problems so that you can come and buy their guns and bullets and use them to kill your own people,” he said.