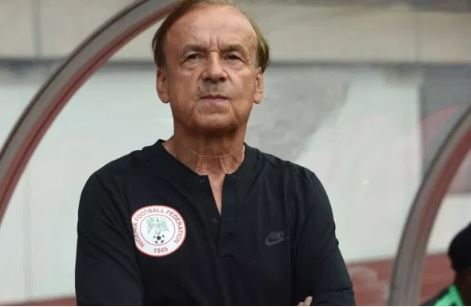 Gernot Rohr
Nigeria Football Federation (NFF) President, Amaju Melvin Pinnick has thrown more light on the monthly take-home for Super Eagles coach, Gernot Rohr, saying the Franco-German tactician is now earning $55,000 and not $60,000, as has been reported in the media.
According to Footballlive.ng, Pinnick insists Rohr is earning only $55,000 as his monthly salary, adding that this is so only because the soccer body recently approved a $10,000 increment for the gaffer.
This comes hot on the heels of a survey just before the World Cup, which showed how Rohr has become the world’s 24th highest paid coach from all 32 coaches that handled teams at Russia 2018.