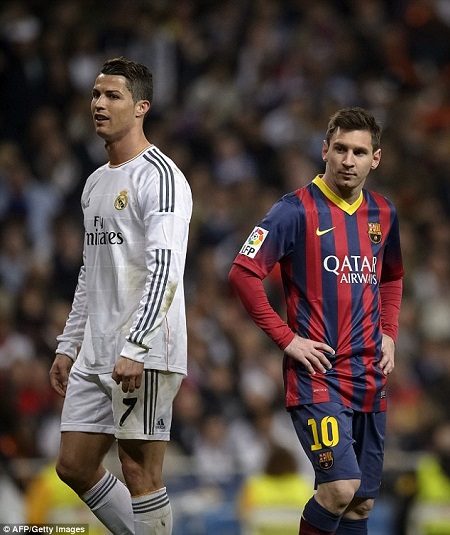 Ronaldo and Messi
Lionel Messi has pocketed nearly £30million more than Cristiano Ronaldo this season, while Gerard Pique is the fifth best paid player in the world, according to research.
France Football published a list of the best paid players, taking into consideration not only their wages but also bonuses and sponsorship deals.
Messi comes out top, with the Barcelona star raking in an incredible £110million.
His Real Madrid rival Ronaldo earned £82m, while Paris St Germain striker Neymar had an income of £71m.
Fourth on the list is Gareth Bale, despite the Real Madrid forward enduring a difficult campaign in which he’s started just 16 La Liga games.
In fifth is Pique, a surprising inclusion considering he plays in defence. Typically strikers are the best rewarded players, but the Barcelona centre-back has crept in with earnings of £25m during 2017/18.
***
Source: Metro UK
--Advertisements--