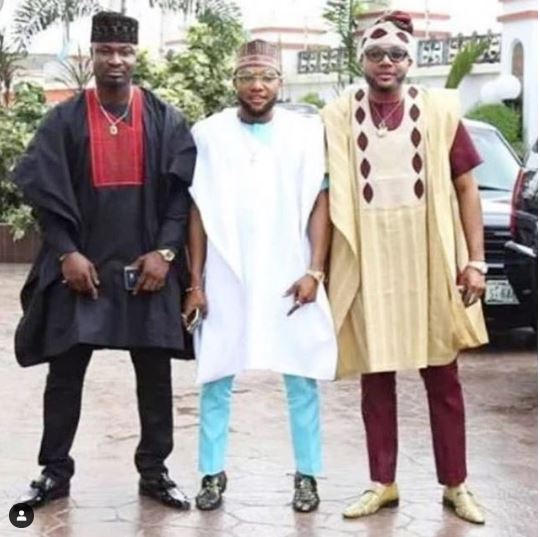 Harrysong, Kcee and E-Money
Harrysong, Nigerian singer-songwriter, has apologised over the manner in which he left Five Star Music.
The record label is owned by brothers Kingsley Okonkwo (Kcee) and Emeka Okonkwo (E-Money).
Harrysong exited Five Star under controversial circumstances in 2017, going on to set up his own outfit, Altar Plate.
His exit did not go down well the label owners, resulting in a conflict between both parties.
Harrysong, who recently opened up about his battle with depression, on Sunday took to Instagram to admit that he bit the hands that fed him.
“My journey will never be complete without Kcee & Emoney, You were part of the vessels that God used to change my story. I appreciate you both,” he wrote after sharing the photo above of himself posing with E-Money and Kcee.
Harrysong explained that his actions at the time of his exit were motivated by the hurt he was feeling and that he has now decided to “face the truth” and make peace with himself.
“Making peace with yourself begins with your ability to face your truth,” he said.
“I was hurt and reacted at the time but regardless of what happened, I recognize the impact you made in my life.”
“Never bite the finger that fed you, my people…let love lead.”