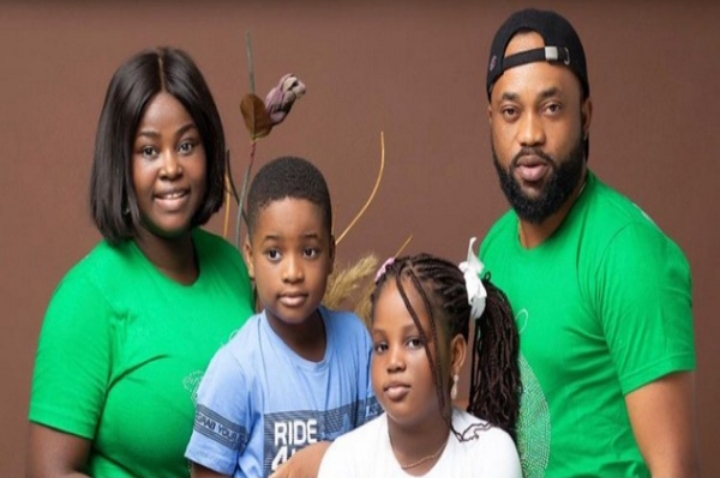 Actor Damola Olatunji has revealed his children have broken televisions trying to hug him on screen.
He revealed the unforgettable memories happened when they were toddlers.
He recounted their reactions to seeing him on TV set while he was away filming.
The movie director and producer, who fathers a twin, a boy and a girl, recalled how they broke his television sets on several occasions while trying to hug him after spotting him on the screen.
“Let me give you two scenarios and what happened. There was a time, when they were a bit younger, about three or so; I was off to a location and I was filming.
“They showed me on TV and they saw me; so they rushed to the TV. They actually climbed the shelf and they were pulling the TV and screaming, “Daddy! Daddy!”
“They pulled down the TV from the shelf and spoilt the TV and that happened a couple of times. Anytime they saw me on TV, they wanted to embrace the TV and they ended up bringing down the TV from the rack or wall.
”So, growing up, I had to position the TV a bit higher,” he said in an interview.
Recounting another indelible occurrence where they watched him shot dead on TV, Olatunji added: “There was another experience, where the character I played in a movie was shot and seeing that my kids started crying.
“It was so terrible that they had to call me from home and had to put it on a video call for them to see that I was okay.
“That was it growing up but now, they understand that we’re shooting movies and they think differently.”