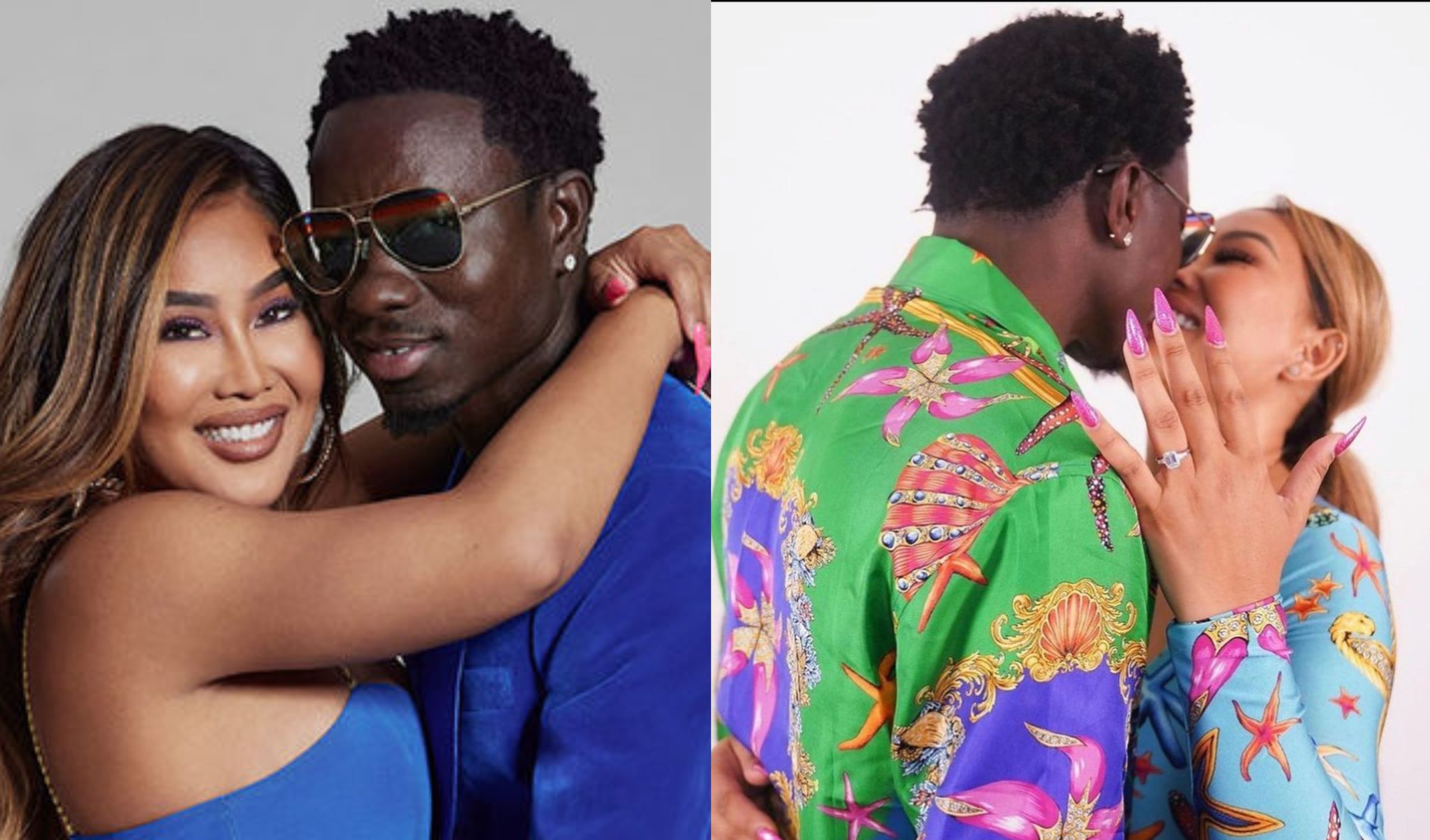 Ghanaian-American actor and comedian, Michael Blackson has made a startling revelation about his relationship.

According to him, his fiancee Rada enjoys seeing him sleep with other women.

Recall that Blackson who also acts in Hollywood got engaged to Rada last year and they have constantly been in the news due to the nature of their relationship.

Appearing on It’s Tricky with Raquel Harper, Michael Blackson revealed that Rada is “a freak” and recalled the time when there were more people involved in their relationship.

He said: “My girl Rada is a freak. Earlier in the relationship, she enjoyed watching me sleep with women… she did!

The comedian has made no secret his intention to keep seeing other women despite planning to marry Rada.

He said Rada has allowed him to have one side chic per month but says he won’t allow her have a guy by the side.

Watch the interview below.