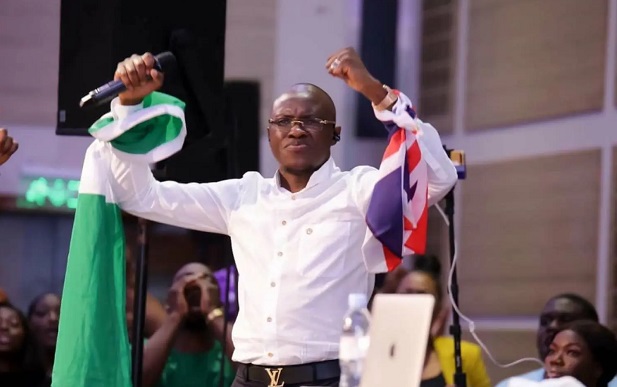 The founder of SPAC Nation, Tobi Adegboyega, has made a dazzling claim.

The pastor claimed that his church took more knives off the streets of the UK than the Metropolitan Police.

The pastor spoke of the controversies in his ministry during an interview with Chude Jideonwo, the media entrepreneur.

Adegboyega said converts often surrendered drugs on the altar while UK police officers would collect them.

He also claimed his church achieved a lot more in curbing knife crime in the UK than the Met Police in one year.

“I think we got known because we were not just in a static place. We didn’t wait for people to come to us. We went to people. We went from 200 and 300 [members to about 1000 plus, all of a sudden,” the cleric said.

“We discovered that we were connecting more with the people we wanted to reach. We would finish the service and our altar would be filled with all manner of drugs. We didn’t even know how to report to the police.

“We were just doing our thing. At times I would say that, if the police came in, we would be in trouble because where we used was not even a church building. After that, the police started their amnesty.

“There’s knife crime in the UK. We took more knives off the streets in one year than the metropolitan police. After each service, at least three police vans would come to collect things that people had surrendered on the altar.”

Adegboyega earlier addressed the backlash that trailed his mingling with secular musicians and display of wealth.

In June, the UK government shut down Adegboyega’s church over fraud allegations.

It said SPAC failed to account for more than £1.87 million in expenditure and operated with non-transparency.

Watch the full interview below: