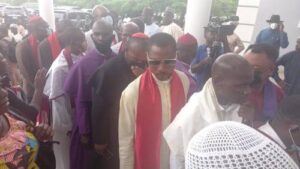 Following the criticisms that trailed the Muslim/Muslim ticket of the Presidential Candidate of All Progressives Congress (APC), Bola Tinubu, the APC leader’s camp has gone to hire some Christians bishops to attend the formal unveiling of his Vice Presidential candidate, Senator Kashim Shettima.

The bishops who were in their robes were sighted at the event which is currently taking place at Shehu Musa Yar,adu Centre Abuja. 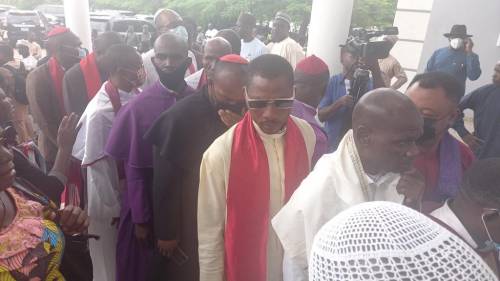 The incident that caused stir at the entrance of the event as crowd taunted them and shouted “The bishops are here.”

Meanwhile the so-called bishops could not get seats at the main hall of the as they were seen being ushered to the gallery which served as overflow. 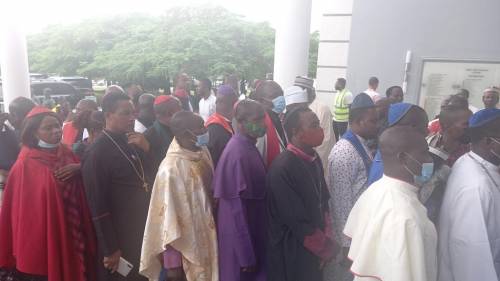 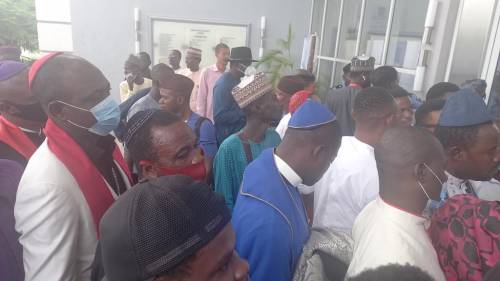 Recall that many Nigerians have continued to express disappointment in the choice of a Muslim-Muslim pairing ticket by the APC flag bearer for the 2023 general elections.

They described the action as an attempt to trample on the religious rights of Nigerians.