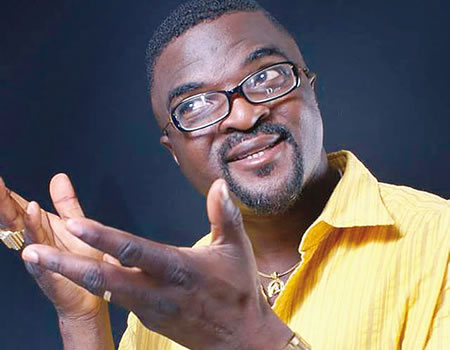 Obesere
Popular Fuji musician, Abass Akande, also known as Obesere on Tuesday defected from the Peoples Democratic Party to the All Progressives Congress in Lagos State.

Receiving the defectors, the state APC Chairman, Alhaji Tunde Balogun, who was represented by the Secretary, Dr Wale Ahmed, presented the party’s flags to the new members.

Ahmed said the Saturday’s governorship and House of Assembly elections would dominated by the APC.

He said, “I am happy because Obesere finally migrated into the party willingly.  Our  (governorship) candidate, Babajide Sanwo-Olu, has been in the cabinet since the administration of Asiwaju Bola Tinubu.

“Lagos is not what you can use for experimental course, like Economics 101 in the university.

“Since the time of Asiwaju in 1999, Lagos has been working and moving forward. You cannot compare that with the candidate of the PDP, Jimi Agbaje. Apart from his private business, he has not been in government. Lagos’ economy cannot be the one to be used for experiment.”

Obesere said he had joined the APC  with his fans code-named 19/23 Consolidation Group.

He promised that his fans would vote for Sanwo-Olu and other APC candidates.

He said, “I salute Tinubu, Jagaban of the Universe, because he is not a selfish leader and he has always worked for the interest of the general public.”