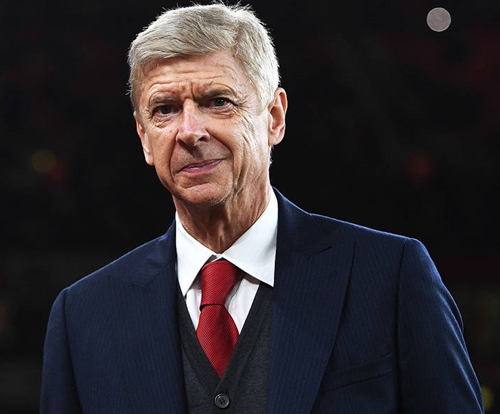 Arsene Wenger
Arsène Wenger’s successor as Arsenal manager will have to work with a restricted summer budget of around £50 million following two club-record transfers and three major new contracts in the last 12 months, New Telegraph reports.
Unlike new managers over recent seasons at the two Manchester clubs, Arsenal’s new appointment will not be able to transform the squad with a large spending spree without first making big-money sales himself.
Arsenal have begun sounding out some of Wenger’s potential replacements, with former Barcelona manager Luis Enrique emerging as a strong candidate and understood to be keen, but chief executive Ivan Gazidis is committed to a thorough process. Max Allegri, Mikel Arteta, Leonardo Jardim, Julian Nagelsmann and Joachim Löw are among the other leading options.
As well as a manager who will continue to play attacking football and give young players their chance, Arsenal also want high standards of discipline. One criticism of Wenger has been that he has been too easy-going with his squad, although a strength also in his style is how he allows young players to grow and make mistakes.
Arsenal have spent more than £100 million on Alexandre Lacazette and Pierre-Emerick Aubameyang during the past two transfer windows alone, but, also hugely significant, is how they committed themselves to three huge contracts in January for Aubameyang, Mesut Özil and Henrikh Mkhitaryan.
The summer before, in 2016, was also the biggest total spend in Arsenal’s history following the signings of Shkodran Mustafi, Granit Xhaka, Rob Holding and Lucas Perez.
It suggests that, although the new manager should be able to make one major signing this summer, other significant additions are likely to come down to a choice between sales or working to improve the existing group.
Wenger himself certainly saw no need this summer for attacking additions and the recruitment team, headed by Sven Mislintat, will continue their focus on the centre-back and central-midfield positions even before a new managerial appointment is made.
Arsenal were interested in West Bromwich Albion defender Jonny Evans, who has a £3m release clause, but have been closely watching Mainz centre-back Abdou Diallo.The new manager will be less all-powerful than Wenger in the transfer market and player negotiations, although they will retain a strong influence.
It means that meaningful recruitment work can continue alongside the managerial search, even if a series of key contract negotiations will depend heavily on the identity of the new man.
Aaron Ramsey, Petr Cech and Danny Welbeck are all out of contract in 2019 and are expected to wait until the manager is appointed before making any final decision on potentially extending their deals. Jack Wilshere is out of contract in June and has so far refused the offer of a new deal.
Héctor Bellerín was wanted last summer by Barcelona and, although he is on a contract until 2023, is a player who would certainly command a high incoming fee and could be used to generate funds for other positions.
Arsenal’s transfer budget has been reduced after missing the Champions League this season and that would again be a factor in 2019 if they do not qualify by winning the Europa League.
What will boost finances from 2019, however, is a new shirt sponsorship deal with Emirates and a kit deal that is currently being neogotiated.
The new Emirates deal, alongside a separate sleeve sponsor, should alone bring in around £20m more annually. There will be other off-field changes, with fitness coach Tony Colbert, first-team coach Boro Primorac and goalkeeping coach Gerry Peyton also expected to leave.
Club captain Per Mertesacker will head up the club’s academy and has said that the players must also take responsibility for Wenger’s departure.
He has also urged his team-mates to deliver what he says would be “the best” leaving present by winning the Europa League in Lyon next month. Arsenal play Atlético Madrid in Thursday’s semi-final first leg when they will be without Mohamed Elneny, who is facing three weeks out after injuring ankle ligaments in the 4-1 win against West Ham United.
--Advertisements--