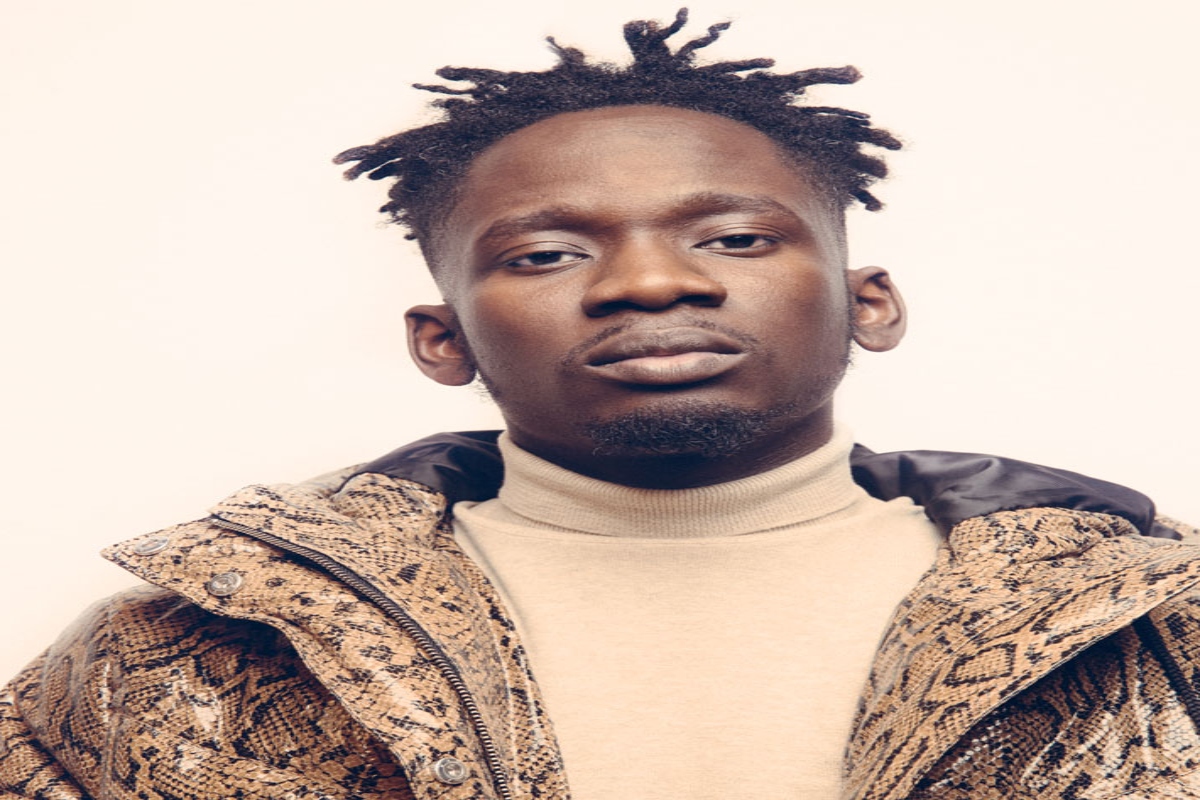 The dynamic singer and emPawa Africa boss Eazi has added two Grammy certificate to his belt for his contribution to Angelique Kidjo’s ‘Mother Nature’ and Major Lazer’s ‘Music Is A Weapon (Reloaded).’

Mr. Eazi contributed to Angelique Kidjo’s ‘Mother Nature’ as a featured artiste, the album won the Grammy award for Best Global Music Album whiles his contribution to Major Lazer’s ‘Music Is A Weapon (Reloaded)’ as a composer also bagged the award for Best Dancehall/Electronic Music

The ‘Sample You’ hit-maker took to his official and verified social media platforms to share the certifications he had received from the recording academy.

See photo of the certificates below. 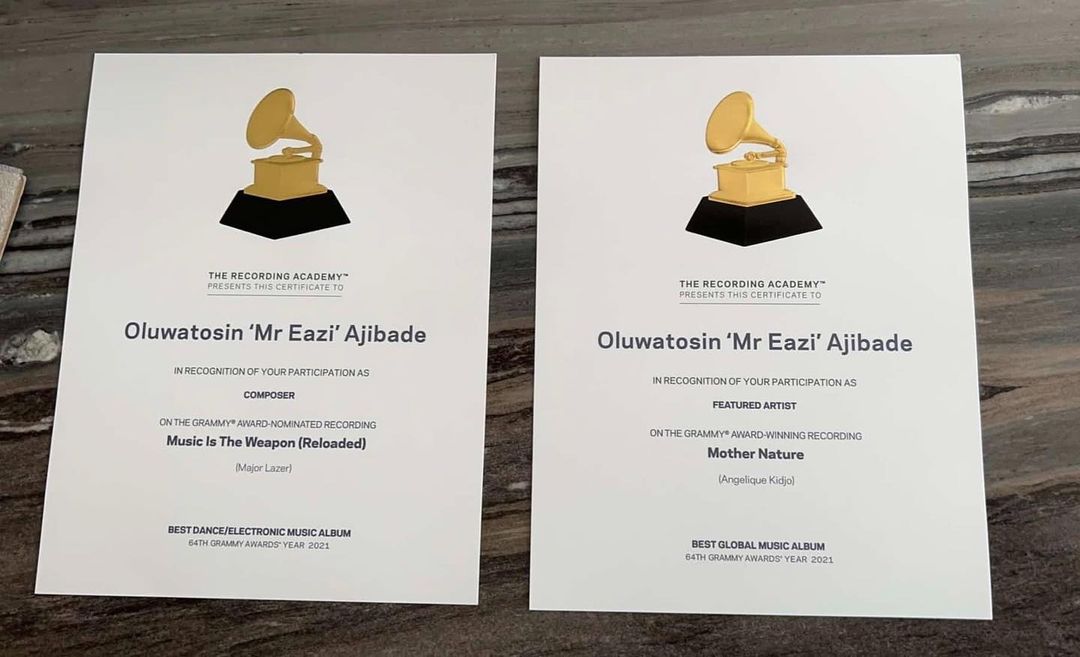